"Epi, means “upon”, "above", "in addition to". Epigenetics is the study of changes in gene expression caused by mechanisms other than changes in the genetic (DNA) code. We recognized in 1996 that, with progress in the field of genetics accelerating at a breathtaking pace, we need to ensure that advances in treatment and prevention of disease do not constitute a new basis for discrimination." - Olympia Snowe

The concept of epigenetics, meaning something acting above or in addition to genes, is both old and new. The question of how life replicates, adapts, changes, and reproduces has been one of the greatest mysteries. Gregor Johann Mendel (July 20, 1822 – January 6, 1884), an Austrian scientist, founded the science of genetics by demonstrating that the inheritance of certain traits in pea plants follows particular patterns. Mendel did not know it, but he was describing the functionality of DNA. Decoding the genome and looking for variations in an individual’s DNA has been a focus of environmental health research to help explain individual variability and susceptibility to disease or toxic effects. We have been accustomed to blaming a lot on “our genes.” But then the story got both more complicated and intriguing with the recognition of the subtle power of epigenetics. 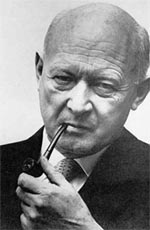 Conrad Hal Waddington (November 8, 1905 – September 26, 1975) postulated that it was not just the genes that shaped development but also the environment that shapes the genes. In the late 1930s he wrote a textbook describing developmental epigenetics, a term that then meant how the environment shaped genetic activity. However, understanding a possible mechanism had to wait until a far deeper understanding of DNA and its role in development was established. Epigenetics is now defined as changes in gene expression other than through changes in the DNA sequence. Gene expression has been found to be silenced or suppressed typically by DNA methylation or histone deacetylation, processes that do not alter the sequence of silenced genes. These ideas were first articulated in 1975. The power and subtlety of epigenetics is that these changes can be passed to the next generation.

While we are now well aware of the damage thalidomide, alcohol, lead, mercury, or PCBs can cause to the developing organism, more subtle epigenetic changes can also result from environmental exposures. A dramatic example of the power of epigenetic information transfer was demonstrated by research on the endocrine-disruptive fungicide vinclozolin. Male offspring of the mother rat exposed to vinclozolin transferred disease susceptibility to the next generation. Further research has indicated that epigenetic changes can result from exposure to environmental hazards such as cigarette smoke, arsenic, alcohol, phthalates, and BPA. Furthermore, epigenetic changes can occur through nutrition, the methyl content of the diet, intake of folic acid and other vitamins, or even social and maternal behavior toward the offspring. This emphasizes the importance of a loving and supportive environment during development. Epigenetic changes can cause cancer, neurodevelopment disorders, autoimmune disease, diabetes, asthma, behavioral disorders, and other changes.

Our expanding appreciation of the influence of epigenetic changes on development will have profound effects on risk assessment and argues strongly for a precautionary approach to chemical exposures during development. We have an ethical responsibility to ensure that our children have an environment in which they can reach and maintain their full potential, free of exposure to chemicals that cause adverse epigenetic changes. Parents also need to be protected from exposure to chemicals that may cause epigenetic changes in their children. Finally, we must move beyond just doing no harm to one of creating a positive and supportive environment for our children.

Exposure to Per- and Polyfluoroalkyl Substances and Markers of Liver Injury