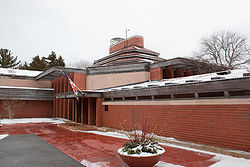 The roots of the precautionary principle can be traced to statements by Aldo Leopold (1949) and Sir Austin Bradford Hill (1965), and it is also addressed in Principle 15 of the Rio Declaration on Environment and Development of 1992: "In order to protect the environment, the precautionary approach shall be widely applied by States according to their capabilities. Where there are threats of serious or irreversible damage, lack of full scientific certainty shall not be used as a reason for postponing cost-effective measures to prevent environmental degradation."

The precautionary principle is increasingly recognized as a foundation for decision making to protect human heath and the environment. Below are its five key elements:

1. Taking anticipatory action to prevent harm in the face of scientific uncertainty.
2. Exploring alternatives, including the alternative of "no action."
3. Considering the full cost of environmental and health impacts over time.
4. Increasing public participation in decision making.
5. Shifting the responsibility for providing evidence to the proponents of an activity.