By Kristin Schafer, MA
Director, Collaborative on Health & the Environment

What an interesting moment it’s been to step into leadership at Commonweal’s Collaborative on Health and the Environment (CHE). Our 20th anniversary year offers opportunities for celebration, reflection, and renewal—all of which are well underway.

Co-founder Steve Heilig offered this thought piece earlier this summer, highlighting the story of CHE’s origins and some key accomplishments.

As you’ll see, there are many! From launching the first academic program in the United States on reproductive health and the environment, to creating an award-winning ebook on environmental determinants of health, to building a Toxicant and Disease Database for researchers and the Because Health website for consumers, CHE has made many contributions to the environmental health community over the years.
. . .

Some people identify as environmentalists, some as health professionals, some as scientists, some as people affected by diseases thought to be at least partly related to environmental factors such as industrial or other chemicals, and some who are any combination of these identities. Twenty years ago, some of us at Commonweal decided that all these diverse people might benefit from talking with each other more—and by working for a healthier future as well.

Commonweal founder Michael Lerner had already thought much about environmental health, as had a small group of others with great relevant expertise in our circles. Michael wrote a thoughtful essay titled “The Coming Age of Environmental Health” and we all began talking about how we might work together, with the aim of closer communication among environmental scientists, advocates, health professionals, patient groups, and more. I recall a long beach walk where Michael and I talked about how we might turn such ideas into action, pending some first funding. I agreed to pitch in, bringing the organized medical community in as a co-sponsor. And soon, some funds in hand, we were off and running.  . . .

What’s new
A Tribute and a Welcome

In the 20 years since we co-founded the Collaborative on Health and the Environment, we have benefited from exemplary leadership from a number of gifted people. The most recent is Hannah Donart, who has done remarkable work, first as deputy to Karen Wang, and more recently as CHE Director in her own right.

One of the most fundamental gifts Hannah brought to CHE is her profound commitment to environmental health science as her dedicated career path. She trained for this work and intends to pursue it throughout her career.

A second gift Hannah brought to CHE is her deep passion for environmental justice and commitment to amplifying the voices of a whole new generation of environmental health scientists coming from minority and disproportionately impacted communities. She has done precisely that.  . . .

I am writing today to share with you that I will be leaving my role as director of the Collaborative on Health and the Environment at the end of 2021. It is time for my next professional challenge, but I look forward to remaining colleagues with you all.

I have learned so much during my almost 5 years with CHE and am proud of the work that we have accomplished. Under my leadership, CHE’s webinars evolved into a series format, which has allowed us to delve deeply into important topics such as COVID-19 and Environmental Health, Environmental Exposures and Reproductive Health, and Plastics and Human Health. We have also spotlighted young environmental health scientists and scientists from historically under-represented backgrounds. We increased average live webinar attendance and our video recordings are watched thousands of times.

Learn from top scientists and experts about the impacts of environmental exposures and toxics on reproductive health, pregnancy, and development. “Generation Chemical: How Environmental Exposures Are Affecting Reproductive Health and the Environment” is a dynamic webinar series that will examine the latest science on generational impacts harmful chemicals and pollutants are having on people before they are born and throughout their lives.

Sessions will explore how chemicals and pollutants affect infertility, fetal development, birth outcomes, women’s and men’s reproductive health, and how communities of color are disproportionally harmed.  . . . 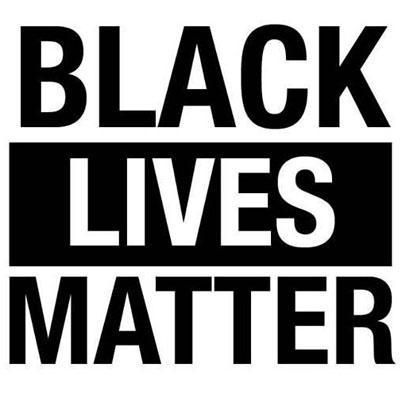 CHE is deeply saddened, appalled, and angered by the murders of George Floyd, Ahmaud Arbery, Breonna Taylor, and countless other lives that have been lost due to violence. We condemn these acts of violence and stand with Black people in solidarity. Black Lives Matter. We raise our voices to demand full accountability from law enforcement for the murder of George Floyd and for the end of police brutality. Since this country was formed, Black people have had their lives repeatedly taken, threatened, and impacted by the systemic racist structures in our society. As individuals, families, communities, organizations, and as a country we must address institutional racism at all levels.  . . .

We are excited to announce a new four-part webinar series looking into the effects of plastic on health. Over the next four months, we will be joined by leading scientists, health professionals, policy experts, and advocates to talk about the various impacts of plastics on public health.  . . .

Ana Maria Mora, MD, PhD is passionate about sharing what she has learned through her work in environmental public health with everyone. While she spends half of her time in Northern California studying the effects of early-life exposure to pesticides in children living in the Salinas Valley, she spends a lot of her time on research projects that impact the health of people in the country she where she was born and that she calls home, Costa Rica.

While there is attention being given to the field of environmental health here in the U.S., she notes “that in Costa Rica, we’re always behind on research on environmental health topics. There are a lot of epidemiologists and exposure scientists in the US, but in Costa Rica we are very few [epidemiologists and exposure experts]; and the problem that we face is that some people refuse to believe that findings from studies conducted outside of our country can be applicable to our population.”  . . .

Vanessa Galavíz, PhD, MPH is committed to making a difference for communities most affected by environmental hazards such as air pollution, pesticides, and water contamination. Her work has always focused on marginalized communities, and her work with the California Environmental Protection Agency and the University of Washington School of Public Health is no different.

She is intent on doing this work because she remembers how she felt when she first learned what public health can do and what environmental health means.  . . .