Manon Duforestel: Could glyphosate prime mammary cells for tumorigenesis by reprogramming the epigenome?

There is considerable controversy concerning the carcinogenicity of glyphosate, with scientists and regulatory authorities involved in the review of glyphosate having markedly different opinions. One key aspect of these opinions is the degree to which glyphosate causes cancer in laboratory animals after lifetime exposure. In addition, the acknowledgment that pollutants such as glyphosate might influence the epigenome raises serious concerns regarding its long-term impact on the development of cancer. However, reports on glyphosate demonstrate the difficulty of linking estimates of exposure and response analysis.

During the webinar, Dr. Christopher Portier presented of a review of animal carcinogenicity data after exposure to glyphosate. Dr. Portier and colleagues identified twenty-one chronic exposure animal carcinoenicity studies of glyphosate from regulatory documents and reviews. Thirteen studies that were of sufficient quality and detail were reanalyzed and presented in this review using trend tests, historical control tests, and pooled analyses.

Following this presentation, Manon Duforestel discussed a synergistic approach she and colleagues used to assess the potential risk impact for cancer, as cancer rarely occurs in response to just one risk factor. The known influence of glyphosate on estrogen-regulated pathway makes it a logical target of investigation in breast cancer research. For this purpose, she and colleagues postulated that glyphosate could induce breast cancer by itself or in combination with other oncogenic hits, in line with the multiple-hit theory of carcinogenesis. They chose to analyze the carcinogenicity of glyphosate combined with a second oncogenic hit: the overexpression of miRNAs known to be involved in tumor progression and aggressiveness. In this context, their findings revealed that glyphosate induces global DNA hypomethylation in non-neoplastic mammary epithelial MCF10A cells and contributes to tumorigenesis in a “two-hit oncogenic model.” Their data also uncovered a specific DNA hypomethylation signature of genes related to the TET3 pathway that might be used as epimark of glyphosate exposure. 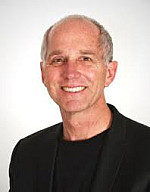 Prof. Dr. Christopher J. Portier is a semi-retired expert in the design, analysis, and interpretation of environmental health data with a focus on carcinogenicity. Dr. Portier is currently a Senior Collaborating Scientist (part-time) with the Environmental Defense Fund, and an Adjunct Professor at Emory University and Maastricht University. He is also working with several governments on risk assessment issues and is a consultant on chemical-related issues (including glyphosate) to several US law firms.

He has authored more than 200 peer-reviewed publications and book chapters. During his 36+ years of research, Dr. Portier has focused on using systems-based approaches to understand the impact of the environment on human health. He has received numerous awards including the President’s Dream Green Team Award from President Obama, the Spiegelman Award from the American Public Health Association and the Outstanding Practitioner of the Year Award from the International Society for Risk Analysis. He is an elected Fellow of the International Statistics Institute, the World Innovation Foundation, the American Statistical Association and the Collegium Ramazzini. 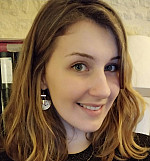 This webinar is one in a monthly series sponsored by the Collaborative on Health and the Environment’s EDC Strategies Partnership. The CHE EDC Strategies Partnership is chaired by Sharyle Patton (Commonweal Biomonitoring Resource Center), Jerry Heindel (Commonweal HEEDS, Healthy Environment and Endocrine Disruptor Strategies), and Genon Jensen (HEAL) and coordinated by Hannah Donart (Collaborative on Health and the Environment, a Commonweal program). To see a full list of past calls and webinars related to EDCs and listen to or view recordings, please visit our partnership page.

This webinar was moderated by Génon Jensen, Executive Director of Health and Environment Alliance (HEAL). It lasted for 45 minutes and was recorded for our call and webinar archive.

Q&A we did not have time for during the live webinar:

Q - Manon, how did you choose the concentration of glyphosate?

A - Several articles analyzing the effect of glyphosate on human cells have reported using 10-11 M (Thongprakaisang et al., 2013; Mesnage et al., 2017; Sritana et al., 2018), and 90% of MCF10A cells were viable as measured by XTT assay at this concentration. Glyphosate 10-11 M is below the concentration detected in biological fluids (milk, serum, urine).

Q - What is the "normal" (physiological) function of TET, in particular TET-3? What other known carcinogens are known to affect TET-3?

A - TET3 is a dioxygenase that catalyzes the conversion of the modified genomic base 5-methylcytosine (5mC) into 5-hydroxymethylcytosine (5hmC) and plays a key role in epigenetic chromatin reprogramming in the zygote following fertilization. There is an ongoing debate regarding whether TET3 exerts an oncogenic role or a tumor suppressor role. Our results support the results of two studies which showed that TET3 might act by inhibiting epithelial-to-mesenchymal transition in ovarian and melanoma cancers (Ye et al., 2016; Gong et al., 2017) and so, act as an oncogene.

Q - Are there any biomarkers currently available for glyphosate to be used for biomonitoring?

A - No, for the moment, no biomarker has been developed. But if you look in the additional slides of my presentation available on the site, you will see that our preliminary data with human samples support the idea that the study of the methylation status of MTRNR2L2, DUX4, COL23A1, MSH3, and DHFR might be important to obtain a marker of risk based on a MethylGlypho score.

Q - So is industry correct when they say glyphosate alone is not carcinogenic then, according to Manon's research? Didn't Poitier's show differently?

A - You have to be careful with what the industry says and what the studies show. Each study has its particularities (study model, dose, method of administration, duration, etc.), and in our study on mammary cells exposed to 10-11M of glyphosate and injected into mice, glyphosate is not carcinogenic alone. This does not mean that Professor Portier's conclusion is false. There is no clear-cut answer, in my opinion. The human body is too complex for that.

Q - Does your hypomethylation hypothesis agree with Skinner’s perspective on epimutations? His latest glyphosate injection experiments neither mentioned hypo or hypermethylations, but just used the term epimutations.

A - I think you are referring to his 2019 publication titled, Assessment of Glyphosate Induced Epigenetic Transgenerational Inheritance of Pathologies and Sperm Epimutations: Generational Toxicology. If so, our discoveries are going in the same direction, although our two studies are not about the same thing. Skinner's study examines the influence of glyphosate on the transgenerational inheritance of pathologies and sperm epimutations. And by epimutations, it means differential DNA methylation regions (DMRs), ie regions of the genome which through the generations could be hypo or hyper methylated because of exposure to glyphosate. So yes, our hypothesis agrees agree with Skinner’s perspective.

Q - What is the meaning of methylome reprogramming?

A - Considering that DNA methylation governs gene expression, methylome reprogramming means the appearance of regions of the genome that are differentially methylated (hypo or hyper methylated), causing a change in the expression of genes involved.

A - Diseases associated with TET3 include Miles-Carpenter Syndrome and Rett Syndrome. And concerning cancer, there is an ongoing debate regarding whether TET3 exerts an oncogenic role or a tumor suppressor role. Our results support the results of two studies which showed that TET3 might act by inhibiting epithelial-to-mesenchymal transition in ovarian and melanoma cancers (Ye et al., 2016; Gong et al., 2017) and so, act as an oncogene.

Q - How did mammary tumor incidence compare to the incidence of MCF-10A (ER negative?) tumors in your model system?

A - I am not sure I fully understood your question. In our study, it is the transformation of MCF10A cells that is responsible for the appearance of tumors in mice. Indeed, the MCF10A are ERalpha negative, and the tumors in mice are ERalpha positive, it is not excluded that the exposure of glyphosate and / or the overexpression of miR-182-5p are at the origin of an overexpression of this receptor, contributing to the tumor phenotype.

Q - Extrapolating from your presentation is it correct that glyphosate is not carcinogenic in the absence of stimulus or catalytic substance. Will you clarify?

A - Each study has its particularities (study model, dose, method of administration, duration, etc.), and in our study on mammary cells exposed to 10-11M of glyphosate and injected into mice, glyphosate is not carcinogenic alone. This does not mean that other studies, or Professor Portier's conclusion is false. There is no clear-cut  answer in my opinion, the human body is too complex for that. It cannot be excluded that at a higher dose and depending on the type of cells concerned, glyphosate may be carcinogenic by itself.

Q - Is the dose given to the mice similar to what they would be exposed to in real life and if glyphosate was applied appropriately?

A - No. These are classic animal carcinogenicity studies where the doses are above those that would be encountered by humans in their normal work and/or food.

Q - Were mammary tumors detected in the 21 animal studies?

A - 41 different tumor sites were statistically significant in the 13 animal cancer studies used from the collection of possible studies. The paper then breaks these down into clear evidence, some evidence, equivocal evidence and no evidence based on additional information like preneoplastic findings, literature, etc.

Q - Is timing of exposure to Glyphosate a factor in addition to dosage or maybe instead of?

A - In vitro, yes. There is insufficient evidence from animal studies to make any decision about life-stage effects.

Q - Since most exposure to glyphosate is through Roundup, have there been studies on Roundup and what do they show?

Q - Have you presented these data to Health Canada?

Q - What scientific evidence has been used by the countries who have banned glyphosate use?

A - That is a complicated question since different countries do this in different ways. As a general rule, most countries reviewed some or all of the same animal cancer studies I reanalyzed. No country mentioned or identified the broad array of tumors seen in my evaluations since most of them relied on the analyses done in the original labs and most of those were limited to pairwise comparisons which have lower statistical power to detect an effect.

Q - Did the animal studies use different formulation of glyphosate? What is your opinion about studying the additive?

A - All of the long-term animal carcinogenicity studies used pure glyphosate. Many of the in vitro studies used various formulations. A major problem is that there are over 90 different formulations so they would each need to be tested separately. Some of the sdjuvants have been looked at separately, but there is no systematic study of the formulations.

Q - Any of the 13 studies you judge valid are also analysed in the BfR addendum?

A - 12 of the 13 were evaluated by BfR. In their review, they failed to mention about half of these tumors. I wrote to them about this; they claimed to know about them but felt they were not credible and did not mention them. I find this unacceptable as it gives the impression there is less happening in these studies than there really is.

Q - I would like to know if a toxicolological protocol for detecting and management in people exists. Also, how would you report it and with whom?

A - Nothing like that exists. Since no pesticide regulator has yet to call this a carcinogen, there are no standards for managing the carcinogenicity.