Reducing Environmental Risk: What We Can Do Now, President's Cancer Panel, 2008-2009

A Conversation with Ted Schettler (December 2007, Joint call with the Integrative Health Working Group and the New School)

To mark the 20th anniversary of the Collaborative on Health and the Environment (CHE), we’re hosting a series of informal, online conversations with leading thinkers, researchers and innovators in the field of environmental health and justice.

Our third CHE Café featured a conversation among three scientists who have been deeply involved in efforts to highlight environmental exposures that can increase the risk of cancer, and promote strategies for prevention.

Dr. Margaret Kripke is professor emerita and founding chair of the Department of Immunology at the University of Texas MD Anderson Cancer Center, and co-author of the groundbreaking 2010 President’s Cancer Panel report calling for national action to reduce environmental risks of cancer. Dr. Polly Hoppin is research professor emerita and program director for environmental health at the Lowell Center for Sustainable Production, University of Massachusetts Lowell. Polly brings a systems approach to chronic disease prevention, looking upstream to materials production, distribution, use and disposal of chemicals linked to cancer.

Margaret and Polly were in conversation with Dr. Ted Schettler, science director with the Science and Environmental Health Network. Ted authored The Ecology of Breast Cancer, a book exploring how a systems approach to prevention can help reduce the risk of breast cancer.

Recent studies suggest an increase in rates of early onset of various types of cancer around the world, and point to air pollution and other environmental exposures as likely drivers of this trend. Science has also linked chemical exposures to upward trends in breast cancer, certain childhood cancers, including leukemia and brain tumors, testicular cancer, and others.

This team of longtime experts reflected on the current state of the science on environmental contributions to cancer and opportunities for prevention, and how this science is influencing mainstream cancer-focused efforts like the National Cancer Institute’s “moon shot” effort to address cancer, as well as nurturing emerging leaders and supporting the work of community-based organizations and programs.

Polly Hoppin, ScD, is a Research Professor Emerita and Program Director for Environmental Health at the Lowell Center for Sustainable Production, University of Massachusetts, Lowell. Over the course of a career in non-profits, government and academia, she has integrated understanding of links between exposures and disease with development of solutions, with focus on asthma and cancer, designing and implementing projects grounded in systems thinking, qualitative research and strategic convening. She is co-founder of the Cancer Free Economy Network, a national partnership across multiple sectors seeking to catalyze a shift from hazardous chemicals to safer alternatives, with a particular focus on communities disproportionately exposed, and of the Cancer and Environment Network of Southwestern Pennsylvania.  Dr. Hoppin has held numerous leadership positions in organizations ranging from the American Public Health Association and the Massachusetts Public Health Association to Clean Water Fund to the Center for Whole Communities.

Margaret Kripke, PhD is a professor emeritus and founding chair of the Department of Immunology at the University of Texas MD Anderson Cancer Center. Dr. Kripke earned a PhD in immunology from the University of California, Berkeley, and is a leading expert in the immunology of skin cancers. Dr. Kripke served multiple terms on the three-person President’s Cancer Panel which oversees the development and implementation of the National Cancer Program. She served on the panel that produced the path-breaking 2009 report, “Reducing Environmental Cancer Risk: What We Can Do Now,” which alerted the nation to the enormous potential for reducing the nation’s cancer burden by preventing environmental cancers. 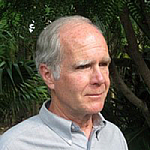 Ted Schettler, MD MPH is Science Director for the Science and Environmental Health Network. He received his MD from Case-Western Reserve University and a masters degree in public health from the Harvard School of Public Health. He practiced medicine for many years in New England, and has worked extensively with community groups and non-governmental organizations throughout the US and internationally on many aspects of human health and the environment. Ted is co-author of Generations at Risk: Reproductive Health and the Environment, and In Harm’s Way: Toxic Threats to Child Development, and The Ecology of Breast Cancer: The promise of Prevention and the Hope for Healing, among other publications. He also serves on the advisory team for the Collaborative on Health and the Environment.