The Effects of Global Climate on Mosquitos and Malaria in the Kilombero Valley.

This is the fourth webinar in our new series, Climate Change and Health.

Climate change is creating suitable conditions for the increased spread and virulence of infectious diseases caused by harmful pathogens including bacteria, viruses, fungi, protozoa, and parasites. Vector-borne illnesses and fungal diseases are just two of many that are extending to new areas and becoming more prevalent, threatening human health.

Zika, dengue, chikungunya, malaria, Lyme disease, bluetongue, Shmallenberg are vector-borne diseases with huge impacts on societies and they are omnipresent in the news. These diseases are transmitted by exothermic arthropod vectors such as mosquitoes, midges and ticks, which are extremely sensitive to external environmental conditions. Rainfall is an important factor as it provides breeding sites for larvae. Temperature impacts a broad range of factors such as vector development, its survival, vector biting rates and the time required for the pathogen to develop inside the arthropod vector. Consequently, anthropogenic climate change is expected to greatly impact the distribution and severity of these vector-borne diseases. During this webinar Dr. Cyril Caminade presented recent advances in our understanding of climate change impacts on animal and human vector-borne diseases.

Valley fever is a fungal disease most common in the southwestern United States. Generally, the disease is limited to areas that are hot and dry. Climate change will cause the western US to become hotter and may change the location, timing, and amount of rain. This is likely to change which counties are affected by Valley fever. During this webinar Dr. Morgan Gorris discussed how she and colleagues used climate observations to estimate which counties in the US have a higher risk for Valley fever. She will also discuss how they used predictions of future climate to map which counties may become affected by Valley fever during the remainder of the 21st century. By 2100, their model predicts the area affected by Valley fever will more than double and the number of people who become sick may increase by 50%. The area affected by Valley fever will expand north into drier states in the western US, including Idaho, Wyoming, Montana, Nebraska, South Dakota, and North Dakota. Their predictive model of Valley fever endemic regions may provide guidance to public health officials to establish disease surveillance programs and design mitigation efforts to limit the impacts of this disease. 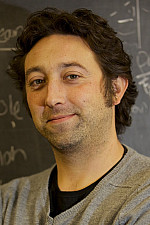 Cyril Caminade, PhD, is a tenure track fellow working at the Institute of Infection and Global Health at the University of Liverpool, UK. His research focuses on assessing the impact of climate variability and climate change on important vector-borne diseases, such as malaria, Zika, dengue and Rift Valley Fever. Cyril is a physicist by training and he holds a PhD in climate Physics obtained at the University Paul Sabatier in Toulouse, France in 2006. His work has been used by national and international governmental agencies focusing on climate change impacts (World Bank, WHO, UN, PHE, Greenpeace…) and the IPCC. A recent study published in 2017 showed that the climatic conditions related to the 2015 El Niño event favored the Zika outbreak that had a large impact on Latin America that year. In his 2017 movie, “an inconvenient sequel: Truth to Power”, Al Gore reports similar findings. 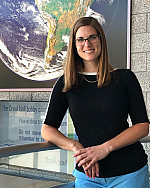 Morgan Gorris, PhD, is an Earth system scientist who studies how weather and climate affect human health. Morgan received her PhD in Earth System Science from the University of California, Irvine, where she studied the relationship between climate and Valley fever. She has since expanded her work to explore other environmental infectious diseases, including West Nile virus. In spring 2020, Morgan will start a position as a postdoctoral research scientist at Los Alamos National Laboratory. You can follow her on Twitter @DrMorganG.

This webinar was moderated by Sarah Howard, MS, Founder and Manager, DiabetesandEnvironment.org. It lasted for 45 minutes and was recorded for our call and webinar archive.