Threats to Drinking Water and Public Health in Alaska: The Scope of the PFAS Problem, Consequences of Regulatory Inaction, and Recommendations

Diana DeFazio: Threats to Drinking Water and Public Health in Alaska: The Scope of the PFAS Problem, Consequences of Regulatory Inaction, and Recommendations. 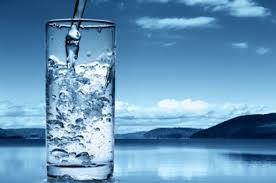 On this call, Alaska Community Action on Toxics (ACAT) discussed their new report, Threats to Drinking Water and Public Health in Alaska: The Scope of the PFAS Problem, Consequences of Regulatory Inaction, and Recommendations, the first comprehensive look at PFAS contamination of drinking water sources in Alaska. They highlighted how decades of use of PFAS-containing firefighting foams has contaminated drinking water sources, the status of PFAS investigations under way at airports and military installations across the state, and future plans for evaluation of PFAS in Alaska.

ACAT's Environmental Health Program Coordinator, Diana DeFazio served as primary author of the report. She discussed key findings and recommendations, including the urgent need for state and federal action to protect human health and the environment. She also identified concerns not currently being addressed by the State of Alaska or Department of Defense. Residents of Dillingham and Gustavus where wells have been discovered to be contaminated offered a community perspective, and Pamela Miller, Co-chair of the International POPs Elimination Network (IPEN) and Executive Director of ACAT gave a brief summary of current recommendations by an international scientific panel for the global elimination of certain PFAS compounds.

Diana DeFazio is a European American who joined Alaska Community Action on Toxics (ACAT) as a temporary employee in 2009, serving as the organization’s Communications Coordinator for one year.  She moved back to her home state of Oregon in 2010 to operate her family’s handmade wooden toy business. Since 2010, she has coordinated and hosted ACAT’s monthly CHE-Alaska (Collaborative on Health and Environment, Alaska) teleconference seminars.  Prior to working for ACAT, Diana served for six years with the Alaska Marine Conservation Council in Anchorage to facilitate membership and communications projects to support fisheries conservation and Alaska’s working waterfronts.

Pamela Miller founded ACAT in 1997. She is a European American. Since 2000, ACAT has been awarded multiple federal grants for which Pam has been serving as team leader and, from 2005 through 2016, as Principal Investigator of a research team that includes faculty from four universities in Alaska and New York. These research projects rely on collaborative efforts with tribes in Alaska to address environmental health and justice issues. Pam is a leader in Coming Clean, a national network of groups concerned about chemicals policy reform, and in the Collaborative on Health and the Environment, an international partnership committed to strengthening the scientific and public dialogue on environmental factors linked to chronic disease and disability. In 2012, she was elected as the only American on the Steering Committee for the International POPs Elimination Network. Pam is known for her work to prompt state, national, and international chemicals policy reform to protect environmental and human health in the Arctic.

This call was hosted by the CHE-Alaska Partnership, which is coordinated by Alaska Community Action on Toxics (ACAT). It was a 60 minute call and was recorded for the call and webinar archive.