Upholding Science and Protecting Environmental Health in the Era of “Fake News”: A Conversation with Investigative Reporter Sharon Lerner

Sharon Lerner: The Teflon Toxin: How PFAS Got Into Drinking Water and Spread Throughout the World

On February 28 at 9am Alaska / 10am Pacific / 1pm Eastern we heard investigative reporter Sharon Lerner discuss her recent investigations into chemical industry cover-ups, the revolving door between industry employees and regulators, and industry challenges to the scientific evidence showing the danger of chemicals. On this call she delved into her investigations into PFAS (perfluoroalkyl substances) contamination of drinking water and talked about her 14 part series "The Teflon Toxin," in which she exposes DuPont’s multi-decade cover-up of the severe harms to health associated with a chemical known as PFOA, or C8, and associated compounds such as PFOS and GenX. Sharon has written about many important subjects, but she says her favorite stories are those that “show how we've gotten into the mess we're in—and sometimes even how to get out of it.” This call is the first in a series of CHE-Alaska calls that will look into the important role of investigative journalism in holding industry and government accountable to protecting public health, especially under President Trump and with Scott Pruitt heading the EPA.

We also brought this “home” to Alaska with a short update concerning the work of Alaska Community Action on Toxics and WATER (Wake-Up Alaskans to the Toxic Environmental Reality) to address PFAS contamination in Fairbanks associated with dispersion of aqueous firefighting foams (AFFF) in groundwater plumes from Eielson Air Force Base, the Regional Fire Training Center, and most recently, the Fairbanks International Airport. PFAS are a class of chemicals that are extremely persistent and widely used in industrial processes, firefighting foams for fuel-based fires, and consumer products such as carpets and upholstery, waterproof fabrics, non-stick cookware, food packaging, and personal care products. 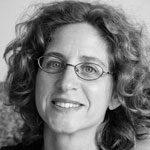 Sharon Lerner is a reporter at The Intercept. Her recent work focuses on chemicals, health and the environment. Over the years, she has written about everything from educational segregation to the international black market for HIV medications, ferret owners, pyramid schemes, and how support for mothers affects international fertility rates. In 2010, she wrote a book about family policy, which NPR called “A stinging account of how public policy and private businesses have failed to adapt to working mothers.” She has written for numerous publications, including The Washington Post and The New York Times and has been a contributing reporter at The American Prospect and The Nation. She has also worked as a public radio producer and taught journalism, and has won a number of journalism awards over the years, including a National Headliner Award, and two Front Page Awards, as well as awards from the Society of Environmental Journalists, the American Public Health Association, and the Public Health Association of New York City.