Breast Cancer and the Environment: State of the Evidence 2017 and Directions for Future Research

Gray, Janet M, et al. State of the Evidence 2017: an Update on the Connection Between Breast Cancer and the Environment. Environmental Health. August 2017.

Genetic mutations, reproductive history, and lifestyle factors are widely understood risk factors for breast cancer, but a substantial body of scientific evidence indicates that exposures to common chemicals, singly and in combination, also contribute to the high incidence of breast cancer observed over the past several decades.

Since 2002, Breast Cancer Prevention Partners has published multiple editions of “State of the Evidence,” comprehensive reviews of the scientific literature linking toxic chemicals and radiation with breast cancer incidence. Following a review published in 2009 in The International Journal of Occupational Environmental Health that was discussed in a 2008 CHE Partnership call, a new update was published in August 2017 in the journal Environmental Health. This review concludes that increasing evidence from epidemiological studies, as well as a better understanding of the mechanisms linking toxicants with the development of breast cancer, all reinforce the conclusion that these exposures, many from common everyday products, may lead to increased risk of developing breast cancer.

On October 10, 2017 at 10am Pacific / 1pm Eastern, Janet Gray, PhD, lead author of the paper, and Julia Brody, PhD, Executive Director and Senior Scientist at Silent Spring Institute, discussed the findings, their significance, and needs for future research. Dr. Brody also discussed Silent Spring’s new ten-year update in Environmental Research that critically reviews 158 epidemiological studies of environmental chemicals and breast cancer, building on her landmark reviews published in 2007 in Cancer. Sarah Janssen, MD, PhD, MPH, Senior Physician at Kaiser Permanente and Assistant Clinical Professor at the University of California, San Francisco, discussed directions in future research that are needed to help change clinical practice, and what work can be done to further apply what is already known about the links between breast cancer and the environment in patient care.

Janet Gray, PhD, is Professor Emerita of Psychology/Neuroscience and the Program in Science, Technology, and Society (STS) at Vassar College. She received her B.A. in psychology from Simmons College, and her Ph.D. in behavioral neuroscience from the University of Massachusetts in Amherst.

For 25 years, her primary laboratory research focused on neural and peripheral metabolic mechanisms by which estrogens and mixed antiestrogens, especially tamoxifen, affect eating, body weight regulation and metabolic activity. As the use of tamoxifen became more pervasive as an adjuvant treatment for breast cancer, her work focused on the mechanisms by which tamoxifen alters neural cellular activity.

Julia Brody, PhD, is executive director and senior scientist at Silent Spring Institute, a scientific research group founded 23 years ago by breast cancer activists to create a “lab of their own” focused on environmental factors and prevention. Silent Spring’s prevention-focused research is designed to identify chemicals biologically linked to breast cancer, learn how girls and women are exposed, and develop evidence-based strategies to reduce exposure – from individual choices about products to better policies to rid the economy of cancer-causing chemicals.

To guide priorities and convince skeptics, she completed a new review of epidemiological studies of environmental chemicals and breast cancer that will be published in Environmental Research this fall. Her earlier scientific review on breast cancer and environmental pollutants, diet, body size, and physical activity, published in 2007 in Cancer, has been referenced hundreds of times and cited as foundational by the President’s Cancer Panel, the Institute of Medicine, and the federal interagency (IBCERCC) report on breast cancer and the environment. To target exposure reduction, Brody along with Silent Spring Research Director Ruthann Rudel initiated the Household Exposure Study, which has measured more than 100 endocrine disruptors and air pollutants in homes across the country. In 2003, the study was the first to document that consumer products used indoors are a major source of exposure. (It’s hard to remember now that we didn’t always know that.) The study was also the first to show high levels of flame retardants in California, leading to changes in the state’s flammability rules and ultimately to the Consumer Product Safety Commission decision this September to restrict organohalogen flame retardants, a major breakthrough to stop regrettable substitutions of one toxic for another.

Brody’s research has been supported by the National Science Foundation and the National Institutes of Health. She presented one of the Distinguished Lectures at the National Cancer Institute, and she served on the National Advisory Environmental Health Sciences Council, appointed by the Secretary of Health and Human Services. Her research was recognized by an Environmental Merit Award from the US Environmental Protection Agency. She has been an adviser to the California Breast Cancer Research Program and considers this work among her most important contributions. 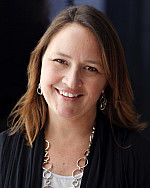 Dr. Sarah Janssen has over 20 years of experience studying industrial chemicals, including endocrine-disrupting substances. Her work has included research on a wide range of chemicals commonly found in consumer products including flame retardants, plastics and plasticizers, cosmetics and personal care products and the impacts of exposure on child development, adult reproductive health, and cancer. She is the author of numerous peer-reviewed publications and book chapters.

Dr. Janssen a member of the Executive Committee of the San Francisco Bay Area chapter of Physicians for Social Responsibility and the Board of Directors of the Breast Cancer Prevention Partners.

This webinar was moderated by Ted Schettler, MD, MPH, CHE's Science Director. It lasted for one hour and was recorded for the call and webinar archive.