The Social and Scientific Discovery of a Class of Emerging Contaminants: Per- and Polyfluorinated Chemicals

Phil Brown and Alissa Cordner: The Social and Scientific Discovery of a Class of Emerging Contaminants: Per- and Polyfluorinated Chemicals

Andrea Amico: The PFAS Contamination at Pease: A Community Perspective

State of Alaska Epidemiology Bulletin: Per- and Polyfluorinated Substances in Three Alaska Communities

Linda Birnbaum and Philip Grandjean. Alternatives to PFASs: Perspectives on the Science. Environmental Health Perspectives. May 2016. 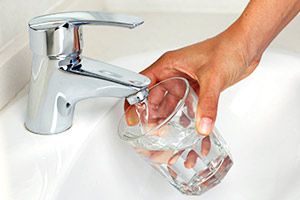 More than 15 million Americans in communities from Maine to Alaska drink water contaminated with toxic chemicals that can be traced to military and industrial sites. These highly fluorinated compounds known as per- and polyfluoroalkyl substances, or PRASs, are typically used in firefighting foams, oil and water repellents, furniture, waterproof clothes, take out containers, non-stick cookware, and many manufacturing processes. There is mounting scientific evidence of the link between exposure to PFASs and a wide range of adverse health effects.

A national conference held in Boston this year addressed the social, scientific, political, economic, and environmental health issues raised by PFASs. Presenters examined both ubiquitous exposure in consumer products and discrete historic and recent contamination discoveries in drinking water and soil around the world.

Join this call for an overview of PFAS contamination and concerns around the country, and examples of how communities, scientists, and environmental regulators are taking effective action to study these chemicals and address their concerns.

Presenters are Phil Brown, Ph.D., Northeastern University and Alissa Cordner, Ph.D., Whitman College, leaders of the PFAS Project funded by the National Sciences Foundation, and Andrea Amico, a Portsmouth, New Hampshire resident whose family has been directly impacted by PFAS water contamination originating from the former Pease Air Force Base and co-founder of the community action group known as Testing for Pease. 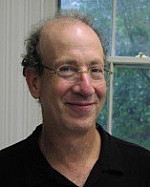 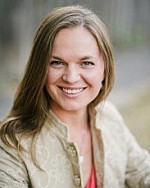 Alissa Cordner, Ph.D., Assistant Professor at Whitman College, where she teaches sociology and environmental studies courses. Her research focuses on environmental sociology, the sociology of risk and disasters, environmental health and justice, and public engagement in science and policy making. She is the author of Toxic Safety: Flame Retardants, Chemical Controversies, and Environmental Health (2016, Columbia University Press) and the co-author of The Civic Imagination: Making a Difference in American Political Life (2014, Paradigm Publishers). She has conducted extensive research on the regulation, research, and activism related to industrial chemicals, and is the co-PI on an NSF-funded project investigating the social and scientific discovery of PFAS compounds. She is also currently studying the sociological aspects of wildfire risk management in the Northwest. 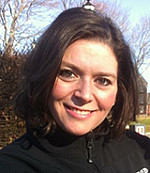 Andrea Amico, Portsmouth resident, wife, and mother of three small children. Her family has been directly impacted by the Pease PFAS water contamination through working on the former Pease Air Force Base and attending daycare on Pease. She started her advocacy work regarding PFAS exposure in May 2014 when she first learned of the Pease water contamination in the media and wanted to learn more about the exposure her family was facing. In 2015, she co-founded the Testing for Pease community action group to organize her efforts with others to advocate on behalf of the entire Pease community for more actions and answers. She has a Bachelor of Science and a Masters of Science in Occupational Therapy and has worked in the healthcare field for over 10 years.
This call will be hosted by the CHE-Alaska Partnership. It will last for 60 minutes and be recorded for the call and webinar archive.