From Appalachia to Alaska: Coal Development and the Environmental Justice Movement 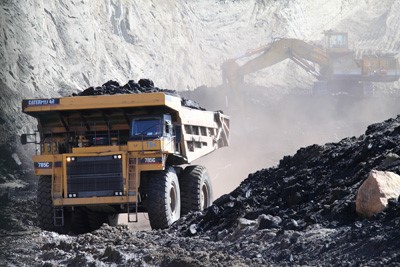 In the coal-mining region of Central Appalachia, mountaintop-removal mining and coal-industry-related flooding, water contamination, and illness have led to the emergence of a grassroots, women-driven environmental justice movement. But the number of local activists is small relative to the affected population, and recruiting movement participants from within the region is an ongoing challenge. In her new book, Fighting King Coal: The Challenges to Micromobilization in Central Appalachia, Shannon Elizabeth Bell examines why so few of the many people who suffer from industry-produced environmental hazards and pollution rise up to participate in social movements aimed at bringing about social justice and industry accountability.

Alaska possesses roughly half the known coal reserves in the United States and there is increasing pressure to develop these reserves. What can Alaskans learn from the health outcomes and environmental justice movement in Central Appalachia? On this call Dr. Bell discussed the health effects of coal development and how local involvement affects the success or failure of environmental justice efforts. Carly Wier, Coal Campaign Director at Cook Inletkeeper gave an update on coal projects in Alaska and threats to the health of fish, wildlife, and people.

Shannon Elizabeth Bell, PhD, is an assistant professor of Sociology and core faculty member in the Environmental & Sustainability Studies Program, University of Kentucky. Dr. Bell's research falls at the intersection of environmental sociology, gender, and social movements. Her award-winning first book, Our Roots Run Deep as Ironweed: Appalachian Women and the Fight for Environmental Justice was published with the University of Illinois Press in 2013.

Carly Wier is Coal Campaign Director at Cook Inletkeeper. Carly started with Alaskans for Energy Freedom as the Associate Campaign Director in 2011. Prior to joining the Campaign, Carly ran the canvass teams and led the online communications at Alaska Center for the Environment. Before coming to Alaska, Carly served as the Executive Director for High Country Conservation Center in Colorado for nearly 10 years.

This call was hosted by the CHE-Alaska working group and was recorded for our call archive.