WHO: National assessments of health impacts of climate change: A review

The Global Climate and Health Alliance: Our Climate, Our Health

Co-hosted by the Health and Environment Alliance

The international political response to climate change began at the Rio Earth Summit in 1992, where the ‘Rio Convention’ included the adoption of the UN Framework on Climate Change (UNFCCC). This convention set out a framework for action aimed at stabilizing atmospheric concentrations of greenhouse gases (GHGs) to avoid “dangerous anthropogenic interference with the climate system.” The UNFCCC which entered into force on 21 March 1994, now

has a near-universal membership of 195 parties.

The main objective of the annual Conference of Parties (COP) is to review the Convention’s implementation. The first COP took place in Berlin in 1995 and significant meetings since then have included COP3 where the Kyoto Protocol was adopted, COP11 where the Montreal Action Plan was produced, COP15 in Copenhagen where an agreement to success Kyoto Protocol was unfortunately not realized and COP17 in Durban where the Green Climate Fund was created.

In 2015 COP21, also known as the 2015 Paris Climate Conference, will, for the first time in over 20 years of UN negotiations, aim to achieve a legally binding and universal agreement on climate, with the aim of keeping global warming below 2°C. France will play a leading international role in hosting this seminal conference, and COP21 will be one of the largest international conferences ever held in the country. The conference is expected to attract close to 50,000 participants including 25,000 official delegates from government, intergovernmental organizations, UN agencies, NGOs and civil society.

On this call speakers discussed the wealth of new evidence from the second Lancet Commission on Climate Change and health, new WHO resources, and the public health community interest in highlighting the prevention opportunities arising from transitioning to a low carbon economy and tackling climate change. We explored questions such as: What opportunities are there at COP21 for advancing the understanding of the impact of climate change on public health? What new research is contributing to our awareness about the complex relationship between human health and climate health? How can climate actions and interventions promote both health and equity? Following COP21, what are the next steps for public health officials, environmental health researchers, and others addressing climate and human health? 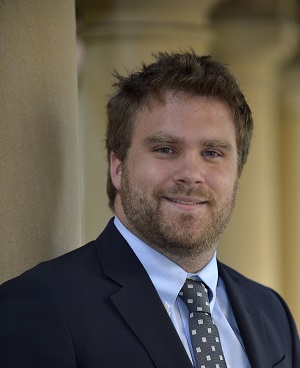 Nick Watts, Head of Project, 2015 Lancet Commission on Health and Climate Change. Nick is the lead author and head of project for the 2015 Lancet Commission on Health and Climate Change, based at University College London’s Institute for Global Health. The Commission brings together experts from around the world to investigate policy responses to climate change which promote public health and sustainable development. Nick also works for the World Health Organization’s Department of Public Health, Environmental and Social Determinants of Health, and as director of the Global Climate and Health Alliance. His research interests include health system strengthening and reform processes; the application of complexity theory to development economics; and the protection and promotion of public health through sustainable development and climate change mitigation.

Anthony Robbins, MD, MPA, Profesor of Public Health and Community Medicine, Tufts University. Currently Dr. Robbins co-edits the Journal of Public Health Policy. Along with his co-editor, Phyllis Freeman, Dr. Robbins is investigating how to help developing world authors publish in competitive science and policy journals: AuthorAID. He also continues his work on public health policy through the Public Health Advocacy Institute and the project on Scientific Knowledge and Public Policy. Dr. Robbins served as Chair of the Department of Family Medicine and Community Health of Tufts University School of Medicine from 1999-2002. He has directed the Vermont Department of Health, the Colorado Department of Health, the US National Institute for Occupational Safety and Health, and the US National Vaccine Program. He was President of the American Public Health Association, and for five years he edited Public Health Reports, the scientific journal of the US Public Health Service.

Elizabeth Wiley, MD, JD, MPH, is a senior resident at the University of Maryland, and member of the Maryland Academy of Family Physicians Board of Directors. She has previously served as the resident member of the American Academy of Family Physicians Commission on Continuing Professional Development. Dr. Wiley currently serves as Socio Medical Affairs Officer on the World Medical Association’s Junior Doctors Network (JDN) Executive Board. She is a member of the International Federation of Medical Students’ Associations (IFMSA) Supervising Council, the Consortium of Universities for Global Health (CUGH) Trainee Advisory Committee and the Health Resources and Services Administration (HRSA) Advisory Committee on Training in Primary Care Medicine and Dentistry (ACTPCMD). She has previously served on the National Resident Matching Program (NRMP) Board of Directors, the AMSA Board of Trustees and AMSA Foundation Board of Directors. Committed to primary care and a career as a physician advocate, Dr. Wiley was recently selected to receive the American Academy of Family Physicians (AAFP) Award for Excellence in Graduate Medical Education.

The call was moderated by Genon Jensen, Executive Director of HEAL.