Sir Arulkumaran: An Introduction to FIGO and the FIGO Opinion

FIGO website: Find more information on the opinion, including versions in French, Spanish, and German

Preconception and prenatal exposure to toxic chemicals is a critical issue for both women and men of childbearing age. Women and men of reproductive age can encounter toxic chemicals at home, in the community, and in the workplace. Chemicals get into the body through breathing, eating, drinking, and/or by penetrating the skin. A wide body of scientific evidence shows that the in utero environment is a critical bridge to future health outcomes. Susceptibility to potential health impacts of toxic environmental chemicals may be heightened when exposure occurs during “critical” and “sensitive” periods of development, such as during pregnancy, childhood, and adolescence.

“We are drowning our world in untested and unsafe chemicals and the price we are paying in terms of our reproductive health is of serious concern,” said Dr. Gian Carlo Di Renzo, honorary secretary of the International Federation of Gynecology and Obstetrics (FIGO) and lead author of the opinion released October 1, 2015 addressing reproductive health impacts of exposure to toxic environmental chemicals. “Reproductive health professionals,” he added, “witness first-hand the increasing numbers of health problems facing their patients, and preventing exposure to toxic chemicals can reduce this burden on women, children, and families around the world.”

FIGO, the world’s leading organization of reproductive health specialists, along with UCSF’s Program on Reproductive Health and the Environment, are urging medical professionals to demand stronger government regulation of toxic environmental chemicals in this new opinion. On this call leaders in the environmental health field who contributed to the opinion discussed the science which led to their recommendations, why they chose the four recommendations as priorities, and how 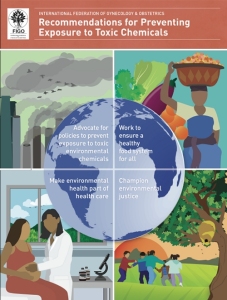 the opinion’s recommendations can be incorporated into health care systems.

Sir Sabaratnam Arulkumaran, PhD, DSc, FRCS, FRCOG, is Professor Emeritus of O&G, St George’s, University of London. He is also the visiting Professor at the Institute of Global Health at the Imperial College of London, Past President of the International Federation of Obstetrics & Gynaecology (FIGO) 2012-2015, the British Medical Association (‘13-‘14) and the Royal College of Obstetricians and Gynaecologists (‘07-‘10). Sir Arulkumaran is the author of over 270 peer reviewed indexed publications, has authored or edited of 32 books, written of over 175 book chapters, and has served as the editor in Chief of ‘Best Practice and Research in Obstetrics & Gynaecology’ as well as the webbased learning resource Global Library of Women’s Medicine (www.glowm.com). He is a member of the National Academy of Sciences and an Honary Fellow of ACOG.He received a Knight Bachelor in recognition of Services to Medicine & Health Services by Her Majesty the Queen (Birthday Honours List) in June 2009.

Dr. Linda Giudice is an obstetrician, gynecologist and reproductive endocrinologist at UCSF Medical Center. She specializes in endometriosis, implantation and ovulatory disorders, infertility and assisted reproduction. She also is professor and chair of Obstetrics, Gynecology and Reproductive Sciences at the UCSF School of Medicine. In her research, she focuses on endometrial biology and placental-uterine interactions as well as environmental impacts on reproductive health. Dr. Giudice earned a PhD in biochemistry at UCLA and completed a postdoctoral fellowship at Rockefeller University, working under Nobel Laureate Gunter Blobel. She earned a medical degree at Stanford University and completed a residency in obstetrics and gynecology at Stanford and Washington University in St. Louis as well as a fellowship in reproductive endocrinology and infertility at Stanford. She served as director of the reproductive endocrinology and infertility division at Stanford before joining UCSF in 2005. Dr. Giudice is president-elect of the American Society for Reproductive Medicine and a member of the Institute of Medicine of the National Academy of Sciences. 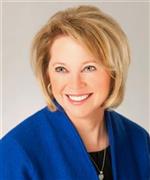 Dr. Jeanne Conryis a Past President of the American Congress of Obstetricians and Gynecologists, a membership organization representing over 57,000 practicing obstetricians and gynecologists. She is spearheading efforts on the National Maternal Health Initiative, a comprehensive and collaborative project that addresses improved maternal outcomes. Dr. Conry has focused her efforts on three key messages. First, she has addressed efforts on Quality and Safety in Maternity Care through improved standards and responses to high risk obstetrics. Second, she oversaw the Well Woman Task Force, a collaborative effort of organizations that provide women’s health care by balancing reproductive choice and improved health conditions for women to improve outcomes before, between and beyond pregnancy.   And finally, she has supported guideline development and national policy that address the important role of Reproductive Health and the Environment. Dr. Conry is Past Chair of ACOG, District IX, California, where she oversaw the Interconception Care Project, a March of Dimes Grant to ACOG to improve preconception health care in California and a project to reduce elective deliveries before 39 weeks. She is currently serving as a member of the Select Panel on Preconception Care for the Centers for Disease Control and Prevention and is past Chair for the Preconception Health Council of California. Dr. Conry has been a practicing obstetrician gynecologist at Kaiser Permanente for 25 years.

Following the call we will invite the following individuals to provide comment before opening the call to Q&A with all participants:

Genon Jensen is Executive Director at the Health and Environment Alliance (HEAL). She has been an official member of the World Health Organization’s European Environment and Health Committee since 2000. She is also on the Steering Committee of the International POPs Elimination Network. Before setting up HEAL, she was the Director of the European Public Health Alliance. She has a degree in journalism and international politics from George Washington University in Washington, DC and an MA in European Administrative Studies from the College of Europe, Belgium. Genon frequently contributes articles on environmental health policy, including on children’s health, pesticides, mercury, and climate change, to various European and international specialist publications and newsletters. 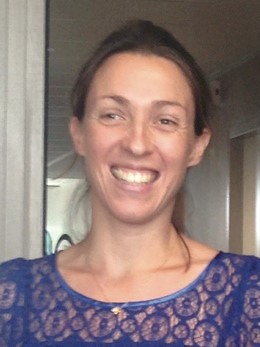 Elisabeth Ruffinengo is the Health and Environment Advocacy & Project Manager for the European network of NGO’s Women in Europe for a Common Future (WECF). She has an LLM in European and international law, and protection of human rights. She joined WECF in 2009 and is in charge of advocacy and projects development in the field of chemicals and health, and environmental health at the national, European, and international level. She represents WECF in several negotiations/processes as well as during hearings and conferences dealing with environmental health (biocides, health and environment action plans, etc.). She planned and took part in the organization of several events all dealing with science, chemicals, health and prevention of populations’ exposure to chemicals of concern and other risk factors, especially dealing with women’s reproductive health, endocrine disruptors, and children’s health. She is an active member LLM of the Endocrine Disrupting Chemicals (EDC)-Free European coalition of NGOs. She is the author of the news section article of www.projetnesting.fr and other articles and position papers, and is blogger invited by Huffington Post France since 2013.