The dawn of CHE came at a cusp of our environmental health movement, when health professionals moved beyond efforts to reduce pollution emanating from the healthcare sector, toward transforming healthcare to respond to our climate crisis.  . . .

We are excited to announce a new four-part webinar series looking into the effects of plastic on health. Over the next four months, we will be joined by leading scientists, health professionals, policy experts, and advocates to talk about the various impacts of plastics on public health.  . . . 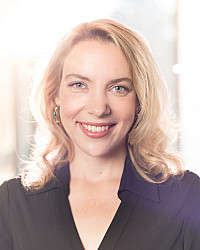 With at least 3 major hurricanes (Harvey, Irma, and Maria) hitting the US this season, wildfires covering a good chunk of northern California, and high temperatures breaking records in many states this summer, climate change is front of mind. Extreme weather events are coming and they are getting more intense.

Brooke Anderson, PhD, uses large data sets to analyze the health effects of events like these and look at how they may change in the future. Her work focuses on finding ways to use publicly available, large data sets to think about the health-impacts of extreme climate-related events. To explore this, she and her team are “using models to best predict what might be the health impacts of climate change in the future under different scenarios,” Dr. Anderson says.  . . .

CHE is excited to share that two more pages have been added this week: Asthma and Water Quality. The asthma page summarizes the science linking asthma to various environmental causes including air pollution, climate change, and community stressors. The Water Quality page lays out what health impacts have been associated with various water contaminants according to recent science. Both pages touch on tips for prevention.

The Bursa Chamber of Medicine, the official local branch of the Turkish Medical Association, awarded the 2017 Environmental Prize to CHE's Partner the Health and Environment Alliance (HEAL) during National Doctor's Day in Turkey. This award recognized HEAL's contribution to the resistance against the planned DOSAB coal power plant in Bursa. HEAL's figures on the health costs of air pollution associated with coal were used to challenge the official environmental impact assessment. Read the press release and view HEAL's report The Unpaid Health Bill, How coal power plants in Turkey make us sick.  . . .

On February 16, 2017, the Carter Center in Atlanta hosted the Climate and Health Conference, originally scheduled by the Centers for Disease Control and Prevention and then postponed indefinitely. Motivated by the idea that “health is the human face of climate change”, 300 climate change leaders, organized by a coalition of nongovernmental organizations and former Vice President Al Gore, attended this conference. Watch the video coverage.  . . .

Newsletter essay
What’s new
We Are All Biologically Embedded

Given the grave concerns about scientific research and health-protective regulations being sidelined for political reasons in the US right now, I'm finding it hard to see the forest for the trees. Instead I feel I'm racing through a massive forest trying to protect one tree before it's cut down, only to find that the next 100 trees have already been decimated. I know I'm not alone in this.  . . .

What’s new
Keeping the Focus on Science in State Policy

As the position of science in policy becomes unclear at the national level, some state officials are taking a stance to ensure policy is informed by solid scientific facts. Listen to Ira Flatow speak with science reporters and California Governor Jerry Brown on how states are taking the lead on issues such as energy policies and climate change on Science Friday. Listen here.