Like most cancer researchers, I was initially quite skeptical of the importance of environmental factors in causing cancer. But several years ago, the President’s Cancer Panel, of which I was a member, did a year-long study of this issue, which dramatically changed my outlook.  . . .

Guest commentary
Environmental Carcinogens: Are You at Risk for Mesothelioma?

Tremendous strides have been made in the medical field within the past century, yet carcinogens and pollutants still pose a very serious threat to health. While treatments progress and greatly affect patients’ prognoses, there has been no definite preventive measure for many types of cancer. According to the World Health Organization, 1 in 6 deaths globally can be attributed to cancer. Risk factors can come in the form of genetics, lifestyle choices such as the lack of exercise, poor diet or smoking, and environmental hazards, which can greatly influence one’s susceptibility to cancer. However, certain naturally occurring substances can also cause serious illness and rare disease in humans- perhaps the most dangerous is the relation between asbestos and mesothelioma, an uncommon and severe cancer.   . . . 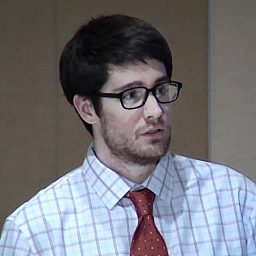 By Cindy Sage, MA
Owner of Sage Associates, Full Member of the Bioelectromagnetics Society, Co-author of the Bioinitiative Report and CHE Partner

This post will introduce our readers to the BioInitiative website, which makes publications on electromagnetic fields (EMF) and radiofrequency radiation (RF) on health topics accessible. The information is set up to allow users to integrate the EMF and RF information on health into their own practices. I hope other CHE groups will begin to consider how EMF and RF studies, along with other important environmental contaminants, can shape our views on the etiologies of breast cancer, brain cancers, heart disease, neurological diseases, cognitive and neurodevelopmental problems like autism and ADHD, and the fundamental mechanisms involved.

The Bioinitiative provides broad information the science and public health consequences of EMF and wireless technologies. This website offers an opportunity for CHE members to access many hundreds of scientific abstracts on EMF and RF. The Research Summaries can be downloaded and word-searched by topic or keyword ("hippocampus", for example). The ability to quickly access scientific publications reporting effects (or no effects) is a vital part of research and education. This collection offers rapid access to decision-makers and the public on the state of the evidence for EMF and RF effects on human health. It can help researchers identify common pathways, mechanisms and biomarkers that may overlap with chemical and ionizing radiation, and studies of various disease endpoints (cancers, neurological diseases, neurodevelopmental problems and more).

A CHE ScienceServ that I follow recently included a post regarding a new study of hippocampal activation, increased amyloid accumulation and cognitive decline.Leal SL et al. Hippocampal activation is associated with longitudinal amyloid accumulation and cognitive decline. eLife. 2017. I was able to search the Bioinitiative website for studies on effects of radiofrequency and microwave radiation on the hippocampus and found 44 studies reporting effects on the hippocampus from exposure to radiofrequency radiation, primarily in the cell phone and Wi-Fi frequency ranges. RF/microwave exposures are clearly biologically active in the hippocampus at exposure levels below current safety limits. Such exposures are reported to cause changes in development, structure and function of the hippocampus.

The studies I located provide readers a sense of the scope of information available on the Bioinitiative website: