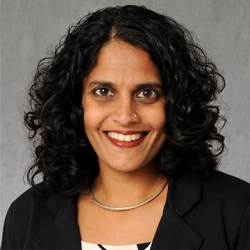 Much of her research has specifically focused on “[characterizing] exposure to a wide range of environmental hazards in the general population with a real emphasis on identifying vulnerable populations or highly exposed populations,” Dr. Zota says.  . . .

Courtney Carignan, PhD, got interested in the field of environmental health, and toxic chemicals more specifically, while she was doing work as an environmental consultant and risk assessor after college. One day when she was doing some indoor air monitoring she had to remove chemicals and paint cans in order to do the testing and wondered about their safety.  . . .

What’s new
A New Chapter in A Story of Health!

Reiko and Toshio are a Japanese-American couple in their early 30s who met in college and later married. They have been trying to have a child for about a year and feel frustrated that Reiko is not yet pregnant. They are not alone—infertility is not uncommon.

Follow Reiko and Toshio as they explore what may be contributing to their infertility and their options for interventions. Their story is the newest chapter in A Story of Health multimedia eBook, available at no cost. This eBook uses videos, infographics and articles by experts to illustrate where and how we live, work, and play can influence reproductive health. Written for health care providers, prospective parents, health advocates, policy makers and others concerned about environmental influences on reproductive health, the story includes links to additional resources and scientific references on each page.

Health professionals can register for free continuing education credits (CE) through the Centers for Disease Control and Prevention (CDC), with ATSDR hosting the CE accreditation pages.

The first installment of the eBook, with chapters on asthma, developmental disabilities and childhood leukemia, is also available to download for free, either in total or as individual chapters.

Parents say they are concerned about environmental health threats, yet most pediatric care providers do not offer prevention strategies during office visits. Why? Many providers report they feel ill-equipped to educate families about common exposures. In an effort to fill the need for environmental health information, Pediatric Environmental Health Specialty Units and Physicians for Social Responsibility have launched the Pediatric Environmental Health Toolkit (PEHT). The PEHT, endorsed by the American Academy of Pediatrics, is based on material in the AAP "Green Book". This free and up-to-date resource offers trusted information at your fingertips.

Since its launch, the online CE course for A Story of Health offered by the Centers for Disease Control (CDC) has surpassed 6,000 registrations and is the most popular environmental health course on the CDC’s website. The eBook is usable by parents and individuals who have no formal training in science or medicine, but it also has layers of additional information and materials for physicians, nurses, and other clinicians who want to dig deeper. Our fourth chapter, Toshio and Reiko’s story, on environmental influences on infertility/reproductive health, is nearing completion. Stay tuned for the release date! Click here to see our eBook.  . . .

By Cindy Sage, MA
Owner of Sage Associates, Full Member of the Bioelectromagnetics Society, Co-author of the Bioinitiative Report and CHE Partner

This post will introduce our readers to the BioInitiative website, which makes publications on electromagnetic fields (EMF) and radiofrequency radiation (RF) on health topics accessible. The information is set up to allow users to integrate the EMF and RF information on health into their own practices. I hope other CHE groups will begin to consider how EMF and RF studies, along with other important environmental contaminants, can shape our views on the etiologies of breast cancer, brain cancers, heart disease, neurological diseases, cognitive and neurodevelopmental problems like autism and ADHD, and the fundamental mechanisms involved.

The Bioinitiative provides broad information the science and public health consequences of EMF and wireless technologies. This website offers an opportunity for CHE members to access many hundreds of scientific abstracts on EMF and RF. The Research Summaries can be downloaded and word-searched by topic or keyword ("hippocampus", for example). The ability to quickly access scientific publications reporting effects (or no effects) is a vital part of research and education. This collection offers rapid access to decision-makers and the public on the state of the evidence for EMF and RF effects on human health. It can help researchers identify common pathways, mechanisms and biomarkers that may overlap with chemical and ionizing radiation, and studies of various disease endpoints (cancers, neurological diseases, neurodevelopmental problems and more).

A CHE ScienceServ that I follow recently included a post regarding a new study of hippocampal activation, increased amyloid accumulation and cognitive decline.Leal SL et al. Hippocampal activation is associated with longitudinal amyloid accumulation and cognitive decline. eLife. 2017. I was able to search the Bioinitiative website for studies on effects of radiofrequency and microwave radiation on the hippocampus and found 44 studies reporting effects on the hippocampus from exposure to radiofrequency radiation, primarily in the cell phone and Wi-Fi frequency ranges. RF/microwave exposures are clearly biologically active in the hippocampus at exposure levels below current safety limits. Such exposures are reported to cause changes in development, structure and function of the hippocampus.

The studies I located provide readers a sense of the scope of information available on the Bioinitiative website: