Sensitivity of Airborne Dust to Drought in the US Southwest: What Are the Implications for Public Health under Climate Change?

This is the third webinar in our new series, Climate Change and Health.

Extreme weather events including droughts, heat waves, hurricanes, flooding, tornadoes, and wildfires are a growing threat to our health and well-being. Scientific studies continue to demonstrate the close relationship between climate change and these more frequent, severe weather events. However, different regions of the globe will be impacted in different ways. Scientific studies of regional variability and future extreme weather events aid us in better understanding the vulnerabilities of specific populations. From wildfires in California to hurricanes in the Gulf Coast, the evidence is clear that we are already experiencing the effects of climate change. Stronger climate adaptation and mitigation strategies are imperative to protecting the public’s health and preventing the worst case scenarios of future catastrophic weather events.

During this webinar, Dr. Susan Anenberg presented two of her publications looking at the health impacts of extreme weather events in the Gulf Coast and droughts in southwestern U.S. In the study, Extreme Weather, Chemical Facilities, and Vulnerable Communities in the U.S. Gulf Coast: A Disastrous Combination, Dr. Anenberg looked at how hurricanes, floods, and erosion are exacerbated by climate change, exposing many more vulnerable populations to hazardous chemicals. This study identifies hazardous chemical facilities in the Gulf Coast region and highlights potential public health risks from extreme weather events due to industrial disasters.

Dr. Anenberg also presented her research looking at droughts in the southwestern United States, which is projected to experience severe, multidecadal droughts due to human‐caused climate change. Mineral dust particles are a major contributor to air pollution in this region due to abundant deserts and drylands. Dr. Anenberg and coauthors combined historical statistical relationships between meteorological conditions, drought, and airborne dust with climate model projections and epidemiological concentration-response relationships to estimate that premature mortality associated with dust exposure may increase substantially by the end of the century. The annual economic damages of these health impacts make climate‐driven changes in dust concentrations one of the costliest impacts projected for the United States so far.

Dr. Bonne Ford discussed findings from her study, Future Fire Impacts on Smoke Concentrations, Visibility, and Health in the Contiguous United States. In this study, Dr. Ford and colleagues investigated the impact of future fire emissions using a global climate model with fire emissions from a prognostic land-fire model. Future fire emissions in the model are determined by changes in climate, land use, and socioeconomic drivers. In the study, they found that, while fine particulate matter (PM2.5) concentrations from anthropogenic sources (such as from industry and automobiles) have been decreasing, these gains could be offset by increases in smoke emissions in many regions of the US. By 2100, fire-related PM could account for more than 50% of the annual average PM2.5 concentration in the US. Additionally, deaths attributable to fire-related PM2.5 could double by the end of the century. 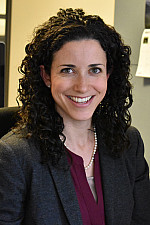 Susan Anenberg, PhD, is an Associate Professor of Environmental and Occupational Health and of Global Health in the Milken School of Public Health at George Washington University. Dr. Anenberg has been a Co-Founder and Partner at Environmental Health Analytics, LLC, the Deputy Managing Director for Recommendations at the U.S. Chemical Safety Board, an environmental scientist at the U.S. Environmental Protection Agency, and a senior advisor for clean cookstove initiatives at the U.S. State Department. She has led or contributed to over 25 articles in top academic journals such as Science, Nature, and Nature Climate Change, 15 science-policy reports on air quality and climate change, and five U.S. EPA air quality regulatory support documents. She has worked as a consultant for a variety of non-governmental and intergovernmental organizations, such as the Gold Standard Foundation, United Nations Environment Programme, World Health Organization, International Council on Clean Transportation, and Health Effects Institute, among others. Dr. Anenberg received her BA from Northwestern University, and MS and PhD in Environmental Science and Engineering from the University of North Carolina Gillings School of Global Public Health. 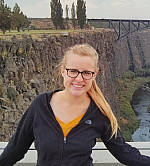 Bonne Ford, PhD, is a Research Scientist at Colorado State University in the Department of Atmospheric Science, where she also received her PhD. Her research focuses on surface air quality and estimating exposure concentrations with a recent emphasis on wildfire smoke. Her projects are interdisciplinary and include collaborators across many different departments. Recent work with her collaborators looked at the associations between wildfire smoke exposure and different health outcomes and with crime. Her work has included using a variety of different tools and data sets such as surface monitors, satellite observations, atmospheric models, social media, and low-cost sensors. She is also the Project Manager for the Citizen-Enabled Aerosol Measurements for Satellites (CEAMS) network, which is a project funded by NASA to develop and deploy low-cost air quality sensors with citizen scientists.

This webinar was moderated by Sarah Howard, MS, Founder and Manager, DiabetesandEnvironment.org. It lasted for 50 minutes and was recorded for our call and webinar archive.