Plastic Food Packaging: State of the Science on Chemical Constituents and Health Hazards

Rachel M. Shaffer and Leonardo Trasande: Food Additives and Child Health: A Review of the Technical Report and Policy Statement from the American Academy of Pediatrics

This is the second webinar in our new series, The Effects of Plastics on Health. Please join us!

In 2015, around 150 million metric tons of plastics were used for packaging applications, with 60% being food packaging. Plastics pose serious pollution problems due not only to physical accumulation in the environment, but also due to chemical constituents that can be released during manufacturing, use, and end-of-life. Apart from multiple polymers and numerous additives, plastic packaging items often incorporate other components such as adhesives or printing inks. Furthermore, the so-called non-intentionally added substances (NIAS) can be present but often remain uncharacterized.

Dr. Ksenia Groh, Scientific Communication Officer at the Food Packaging Forum, introduced the Database of Chemicals associated with Plastic Packaging (CPPdb), compiled as part of a bigger research project. More than a hundred chemicals known to be hazardous to human health or the environment are likely associated with plastic packaging, and a subsequent case study has prioritized several phthalates for a more detailed assessment. Ksenia also touched upon the chemical safety aspects of using recycled plastics for food packaging, giving an overview of typical contaminants and approaches to reduce chemical contamination. Increased recycling is seen as an important measure to manage packaging waste. However, it needs to be ensured that the efforts aimed at improving resource sustainability do not jeopardize human health.

In July 2018, the American Academy of Pediatrics (AAP) released a technical report and policy statement on “Food Additives and Child Health.” Co-authors Rachel M. Shaffer and Dr. Leonardo Trasande, Associate Professor in the Departments of Pediatrics, Environmental Medicine, and Population Health and Chief of the Division of Environmental Pediatrics at the NYU School of Medicine, discussed both the technical report, which reviews child health concerns related to direct and indirect food additives, including plastic packaging, and the policy statement, which highlights key policy and regulatory changes needed to protect children’s health. 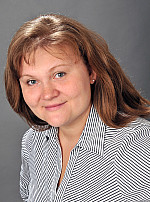 Ksenia Groh, PhD, serves as Scientific Communication Officer at the Food Packaging Forum Foundation (FPF) based in Zurich, Switzerland. FPF is a charitable organization funded by unconditional donations, focused on compiling, analyzing, and communicating scientific findings in the area of food contact chemicals and their effects on human health and the environment. Prior to joining the FPF in 2016, Ksenia worked as a research scientist at the Swiss Federal Institute of Aquatic Science and Technology (Eawag), covering molecular biology, mass spectrometry-based analytics, traditional and alternative methods in risk assessment, and adverse outcome pathway framework. She holds a PhD in molecular ecotoxicology from the University of Bern, Switzerland. 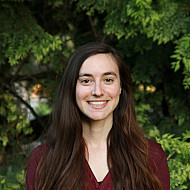 Rachel M. Shaffer, MPH, is pursuing a PhD in Toxicology at the University of Washington Seattle School of Public Health. Prior to beginning graduate school, she worked on chemical policy reform in the Health Program at the Environmental Defense Fund (EDF). 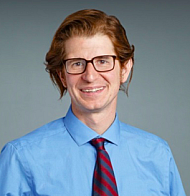 Leonardo Trasande, MD, MPP is Jim G. Hendrick, MD Associate Professor, Vice Chair for Research in the Department of Pediatrics, and Chief of the Division of Environmental Pediatrics at NYU School of Medicine. His research focuses on organic contaminants as endocrine disruptors. Dr. Trasande leads one of 35 centers across the country as part of the National Institute of Health’s Environmental Influences on Child Health Outcomes (ECHO) program. He is PI of studies on preconceptual, prenatal and childhood phthalate and bisphenol exposures in the Rotterdam-based Generation R cohort as well as another project studying the effect of these dietary contaminants in children with chronic kidney disease. He is also Principal Investigator for a research project comparing neurodevelopment, cardiometabolic and respiratory profiles of children exposed in utero to the World Trade Center disaster to a comparison group (U01OH011299).

He has served as a member of numerous scientific committees and expert panels, including: the American Academy of Pediatrics’ Executive Committee of the Council for Environmental Health; the Science and Technical Advisory Committee for the World Trade Center Health Program; the National Children’s Study Methodological Review Panel of the National Academy of Sciences; the United Nations Environment Programme Steering Committee on a Global Outlook for Chemicals; and the Board of Scientific Counselors for the National Center for Environmental Health at the Centers for Disease Control and Prevention (CDC).

This webinar was moderated by Steve Heilig, MPH, CHE's director of Public Health and Education.

It lasted for 1 hour and was recorded for our call and webinar archive.