Cynthia Curl: Dietary Exposure to Agricultural Pesticides (are you what you eat?)

This is the final webinar in our series, 20 Pioneers Under 40 in Environmental Public Health.

Use of agricultural pesticides is increasing worldwide, and these chemicals, which are ubiquitous in our environment and also found in food and drinking water, are associated with a wide range of health impacts including cancer, reproductive and developmental problems, and effects on the nervous system. In this webinar, our speakers discussed new research exploring pesticide exposures among two population groups that are especially vulnerable: pregnant women and farmworkers.

Dr. Cynthia Curl, Assistant Professor in the Department of Community and Environmental Health at Boise State University, discussed dietary ingestion as a potentially important pathway by which the general public may be exposed to agricultural pesticides. She described existing research on the effect of an “organic” diet on pesticide exposure, limitations to that research, and how her recent work aims to address those limitations. Time in utero is recognized as a critical period of development; therefore, her work focuses on exposures among pregnant women.

Dr. Ana Maria Mora, Associate Professor at the Central American Institute for Studies on Toxic Substances (IRET) at Universidad Nacional in Costa Rica and an Assistant Researcher at the Center for Environmental Research and Children's Health (CERCH) at UC Berkeley, discussed her latest work on the impact of pesticide exposure on brain function, measured using functional neuroimaging during tasks of executive function and attention, in farmworkers from Costa Rica. 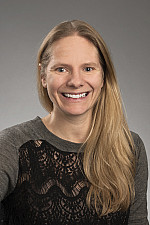 Cynthia Curl, PhD, earned her PhD in Environmental and Occupational Health Sciences from the University of Washington in 2014 and joined the Department of Community and Environmental Health at Boise State University in the spring of 2015. Her research is focused on assessing human exposure to agricultural pesticides, particularly among vulnerable populations including pregnant women and Latina farm workers.

Prior to her doctoral training, Dr. Curl worked as a researcher for the Northwest Agricultural Safety and Health Center, and in both the private and non-profit sectors as an environmental consultant and scientist. Dr. Curl founded and directs Boise State’s Agricultural Health Lab. Current projects in her lab include a randomized intervention to assess the effect of an organic diet on pesticide exposure during pregnancy and an investigation into crop uptake of inorganic bromide following field fumigation with the pesticide methyl bromide. Throughout her academic training, Dr. Curl earned several honors and awards, including the prestigious Science to Achieve Results (STAR) Fellowship from the Environmental Protection Agency and the Magnuson Scholar Award, awarded each year to the top student in each of the Health Sciences Schools at the University of Washington. She was recently awarded a Science Communication Fellowship from Advancing Green Chemistry, and was a co-author on a Lancet article named Best Paper of 2016 by the International Society for Environmental Epidemiology. 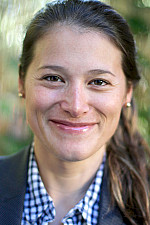 Ana Maria Mora, MD, PhD, is an Associate Professor at the Central American Institute for Studies on Toxic Substances (IRET) at Universidad Nacional in Costa Rica, and an Assistant Researcher at the Center for Environmental Research and Children's Health (CERCH) at UC Berkeley.

She completed her Medical Doctor degree from University of Costa Rica in 2005, her PhD degree in Epidemiology at UC Berkeley in 2014, and her postdoctoral training at Boston University in 2017. Her research focuses on the health effects of exposures to environmental toxicants, including pesticides, heavy metals, and per-and polyfluoroalkyl substances, in vulnerable populations, such as pregnant women, children, and farmworkers.

This webinar was moderated by Ted Schettler, MD, MPH, CHE's Science Director. It lasted for 45 minutes and was recorded for our call and webinar archive.