The Future of Environmental Health: Engaged Communities and Strengthened Partnerships

This webinar is the fourth in our series, 20 Pioneers Under 40 in Environmental Public Health.

Children, especially poor children, die preventable deaths, suffer illness, and fail to reach their full potential. . . in part because of gaps in our environmental health system. How have we let these children down? Why are our systems so complex? How do we streamline them to meet the needs of the people? Dr. Megan Latshaw, Assistant Scientist in the Department of Environmental Health and Engineering at Johns Hopkins Bloomberg School of Public Health, calls for re-inventing the environmental health system, creating “Environmental Health 2.0.” As part of her work with the Bloomberg American Health Initiative she hopes to better engage communities, to better meet their needs, to improve the environmental health system, and thus improve the health of Americans. Dr. Latshaw spoke about this as well as similar efforts by the Environment Section of the American Public Health Association.

From flammable tap water and sick livestock to the recent onset of hundreds of earthquakes in Oklahoma, the impact of fracking in the United States is far-reaching and deeply felt. Dr. Sara Wylie, Assistant Professor of Sociology/Anthropology and Health Sciences at Northeastern University, described her work building online tools for community-based accounting for the impacts of oil and gas extraction. Beginning with her work with Theo Colborn developing the first database of chemicals used in fracking and their health effects, Dr. Wylie described the need for, and examples of, new academic-community collaborations to address the environmental and human health impacts of fossil fuel and petrochemical infrastructures. Reflecting on her experiences co-founding Public Lab, an open source online community that develops tools for citizen science, and EDGI, the Environmental Data and Governance Initiative, she explored the need, and potential, to build alternative public interest databases and environmental health research tools.

Megan Latshaw, PhD, created the State Environmental Health Directors group while at the Association of State & Territorial Health Officials, which still meets 15 years later. The National Biomonitoring Network, which launches this fall, will be built on groundwork she laid during her time at the Association of Public Health Laboratories. As faculty at Hopkins and the co-lead for the Bloomberg Initiative’s Environmental Challenges Workgroup her efforts focus on designing healthy communities, connecting environmental health research with the real world, and improving environmental health surveillance. Over 35,000 students from all over the world have enrolled in her massive open online course on Chemicals & Health. Currently wrapping up her second year as Chair of the American Public Health Association’s Environment Section, she has participated on more than a dozen committees, presented at almost two dozen meetings, and co-authored seven peer-reviewed articles (the first of which was published in JAMA). 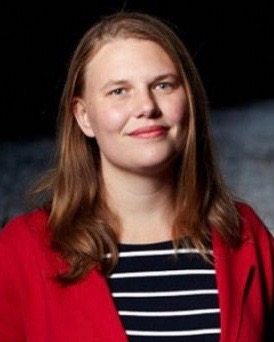 Sara Wylie, PhD, is an Assistant Professor in Northeastern University’s Social Science Environmental Health Research Institute (SSEHRI). Wylie is jointly appointed in Sociology/Anthropology and Health Sciences. She is also a JPB Environmental Health Fellow with Harvard School of Public Health. She is a cofounder of the Environmental Data and Governance Initiative (EDGI), a network of academics and non-profits working to preserve federal environmental data and monitor changes to federal environmental policy through website tracking and interviews. Sara is a cofounder of Public Lab, a non-profit that develops open source, Do-It-Yourself tools for community-based environmental analysis. She received her Ph.D. from MIT’s History, Anthropology, Science, Technology and Society (HASTS) Program in 2011. Her dissertation is an ethnographic study of the role science-based NGOs played in the emergence of public concerns about the human and environmental health impacts of chemicals used in natural gas extraction, particularly hydraulic fracturing. Based on her dissertation she has a forthcoming book with Duke University Press, Fractivism: Corporate Bodies and Chemical Bonds, on developing web-based tools to help communities and experts across the country study and hold extractive industries accountable for their social and environmental impacts. Sara seeks to develop new modes of studying and intervening in large-scale social issues such fracking and corporate accountability through a fusion of social scientific, scientific and art/design practices.

This webinar was moderated by Sharyle Patton, director of Commonweal's Biomonitoring Resource Center. It lasted for 45 minutes and was recorded for our call and webinar archive.