Carl-Gustaf Bornehag: Background and the Epidemiological Part of the Project

Jean-Baptiste Fini: Effects of Developmental Exposures can be lifelong

Exposures to endocrine disrupting chemicals (EDC) during vulnerable stages of development and throughout life have been associated with many adverse health outcomes. Many of these chemicals are ubiquitous in the environment, exposing humans throughout life to mixtures that have the potential to interact and interfere with normal hormone function, triggering other health and behavioral problems. During this webinar authors Jean-Baptiste Fini, PhD, Carl-Gustaf Bornehag, PhD, Chris Gennings, PhD,and Giuseppe Testa, MD, PhD, presented the findings of the new study, From cohorts to molecules: Adverse impacts of endocrine disrupting mixtures.

The study looked at 2000 mother/child pairs and found language delay in children associated with maternal exposure to mixtures of EDCs during pregnancy, at levels to which many of us are exposed in day-to-day life. Language delay at 30 months is an early warning signal for potential learning problems later in life, like lower IQ and Autism Spectrum Disorder. In conducting this study, investigators were able to significantly strengthen this association by conducting experiments with the same mixture in human brain organoids and animal models. They found that the mixture in the same concentrations measured in the pregnant women, disrupted gene networks that are causally linked to autism and intellectual disability, in addition to changed behavior in the animals. Using their results, investigators could determine exposure levels of concern for this mixture (i.e. where they expect negative impacts on brain development) and found that 54% of the investigated women exceeded these levels of concern. The results emphasize the need to take mixtures into account for chemical testing and risk assessment, and provide an integrative framework to guide risk assessment strategies.

This webinar was moderated by Jerry Heindel, PhD, founder and director of Commonweal's Healthy Environment and Endocrine Disruptor Strategies (HEEDS). It lasted for 90 minutes and was recorded for our call and webinar archive.

This webinar series is sponsored by the EDC Strategies Partnership. The EDC Strategies Partnership is co-chaired by Sharyle Patton (Commonweal Biomonitoring Resource Center), Jerry Heindel (Commonweal HEEDS, Healthy Environment and Endocrine Disruptor Strategies), Genon Jensen (HEAL, Health and Environment Alliance), Sarah Howard (HEEDS and the Commonweal Diabetes and Environment Program), and Hannah Donart (Commonweal CHE, Collaborative on Health and the Environment). To see a full list of past calls and webinars related to EDCs and listen to or view recordings, please visit our partnership page. For updates and more information on upcoming webinars, sign up for our HEEDS, HEAL, and CHE newsletters! 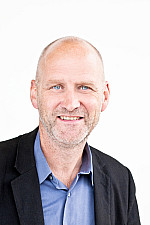 Carl-Gustaf Bornehag, PhD, is an environmental epidemiologist and Professor and head of Public Health Sciences at Department of Health at Karlstad University, Sweden, and adjunct professor at Icahn School of Medicine at Mount Sinai, New York, USA. His research focuses on early life exposure for environmental factors such as endocrine disrupting chemicals (EDCs), food and nutrition, life styles, epigenetics, etc. and how such factors interact and impact on children's health and development. He is PI for the Swedish Environmental Longitudinal, Mother and child, Asthma and allergy (SELMA) study following more than 2,000 mother-child pairs from early pregnancy, over birth and up in school age. Bornehag is involved in six major projects (where SELMA is playing a key role) in Sweden,  Europe and the U.S. Four projects are funded by the European Commision (EDC-MixRisk, ENDpoiNTs, ATHENA, and INQUIRE), two projects are funded by the U.S. NIH (PRIME, and A-PED), and two studies are funded by the Swedish Research Council (RACH-Mix, and WoMHeR). Bornehag has published more than 140 peer review articles. 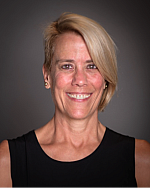 Chris Gennings, PhD, is Director of the Division of Biostatistics and Research Professor in the Department of Environmental Medicine and Public Health at the Icahn School of Medicine at Mount Sinai. She also holds a secondary appointment as Research Professor in the Department of Population Health Science and Policy. Prior to joining Mount Sinai in 2014, Dr. Gennings held positions at the Virginia Commonwealth University, including as Professor in the Department of Biostatistics and Director for the Research Incubator for the Center for Clinical and Translational Research. An expert in mixtures statistics, Dr. Gennings has been actively engaged in the field for more than 30 years. Her research interests have focused on design and analysis methodologies for studies of chemical mixtures. Recent work includes novel methods related to regulatory guidelines for mixtures of chemicals. At Mount Sinai, Dr. Gennings serves as Director for the Statistical Services and Analysis Resource for the Human Health Exposure Analysis Resource (HHEAR), which provides multi-disciplinary expertise in statistics, epidemiology, and bioinformatics for collaboration within the broader environmental health research community. Dr. Gennings is also Director of the Biostatistics and Bioinformatics Core of the Mount Sinai Transdisciplinary Center on Early Environmental Exposures, where researchers are studying the health impacts of chemical, genetic, nutritional, and social exposures and the interactions among them. Dr. Gennings currently serves a member of the EPA Board of Scientific Counselors’ Chemical Safety for Sustainability Subcommittee. 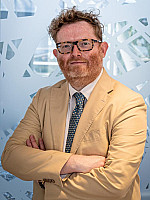 Giuseppe Testa, MD, PhD, is Full Professor of Molecular Biology at the University of Milan,
Head of the Center for Neurogenomics of the Human Technopole and Director of the High-Definition Disease Modelling Lab: Stem Cell and Organoid Epigenetics at the European Institute of Oncology, where he also co-founded the interdisciplinary PhD program on Life Sciences, Bioethics and Society (Foundations of the Life Sciences and Their Ethical Consequences, Folatec). A three times European Research Council (ERC) awardee, he holds an MD from the University of Perugia, a PhD from the European Molecular Biology Laboratory in Heidelberg, an MA in Health Care Ethics and Law from the University of Manchester and has been a fellow in the Program on Science, Technology and Society at the Harvard Kennedy School sponsored by the Branco Weiss Society-in-Science program. His lab spearheads stem cell and organoid-based patient-specific models for neurodevelopmental disorders and cancer, focusing on genetic and environmental causes of chromatin dysregulation as a shared and increasingly relevant layer of pathogenic mechanisms. Starting from densely phenotyped clinical cohorts and integrating multi-layered omics, single cell dynamics and high-end computing, the aim is to advance a foundational framework for precision medicine. Key accomplishments include the development of new genome engineering technologies, the characterization of novel enzymes required for neural development, the first reprogramming-based models of human diseases caused by symmetric gene dosage imbalances, the single cell omics-based mechanistic dissection of human corticogenesis in brain organoids, the identification of the master regulator gene underlying the evolution of the modern human face and the pioneering of mixture-based experimental neurotoxicology. A further unique accomplishment is the successful pursuit of a parallel career as practicing life scientist and scholar in Bioethics and Science and Technology Studies (STS). His STS and bioethics scholarship focuses on the relationship between the life sciences and the evolution of modern democracies. His scientific and bioethics/STS work has appeared in leading peer-reviewed journals. He is the author, with Helga Nowotny, of Naked Genes: Reinventing the Human in the Molecular Age. 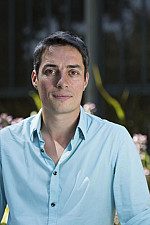 Jean-Baptiste Fini, PhD, is a full professor at the French National Muséum of Natural history (MNHN) in the department “Adaptation of living organisms ” in a common unit with the CNRS (French National Research Center) named “Physiological and Molecular Adaptation.” In this joint unit CNRS/MNHN (Paris, France) Dr. Fini leads the research team RODEO (responses to Environmental challenges) particularly on thyroid hormone signalling pathway disruptors and studies short- and long-term consequences of early exposure to different classes of chemical substances, either as single molecules or as mixtures. During the previous ten years, he has developed an assay to identify thyroid disruptors and their effects within Dr. Demeneix's team, who was awarded with the medal of innovation by the CNRS in 2014. Dr. Fini currently participates in several expert groups at the OECD (AOP, Thyroid) and is also part of the working group on endocrine disruptors at the French National Food Safety and Environment Agency (ANSES) and part of a working group on EDCs at the EFSA (European Food Safety Agency). He is currently participating in 8 projects (EU H2020 HBM4EU, ENDPOINTS, ATHENA, PARC and Nationals) dealing with endocrine disruption developing methods, effects on brain development, or specifically in effects of plastics on health and the environment. He has published more than 30 papers on EDCs and their effects, in high impact peer reviewed journals  in the last two years.