Ana Soto: A Combined Morphometric and Statistical Approach to Asses Nonmonotonicity in the Developing Mammary Gland of Rats in the CLARITY-BPA Study.

Jerry Heindel, presented an overview of the CLARITY-BPA program and an introduction to the current publication, “Data integration, analysis, and interpretation of eight academic CLARITY-BPA studies,” to set the stage for the other speakers.

The Consortium Linking Academic and Regulatory Insights on BPA Toxicity (CLARITY-BPA) is a comprehensive “industry-standard” Good Laboratory Practice (GLP)-compliant 2-year chronic exposure study of bisphenol A (BPA) toxicity that was supplemented by hypothesis-driven independent investigator-initiated studies. This study was funded and coordinated by the US FDA, the National Toxicology Program, and the National Institute of Environmental Health Sciences, Division of Extramural Research and Training. The fourteen funded investigator-initiated studies were focused on integrating disease-associated, molecular, morphological and physiological endpoints previously found by academic scientists into a guideline-compliant toxicity study. Thus, the goal of this collaboration was to provide a more comprehensive dataset upon which to base safety standards and to determine whether industry-standard tests are as sensitive and predictive as molecular and disease-associated endpoints. The goal of this current publication is to integrate the findings from eight of the investigator-initiated studies into a comprehensive overview of the observed impacts of BPA across the multiple organs and systems analyzed. For each organ system, authors provided the rationale for the study, an overview of methodology, and summarized major findings. They then compared the results of the CLARITY-BPA studies across organ systems with the results of previous peer-reviewed studies from independent labs. They also discussed potential influences that contributed to differences between studies. Finally, they interpreted the findings in light of the current regulatory guidelines for BPA.

Gail Prins presented data on the effects of BPA on the prostate. Previous studies from the Prins lab found that BPA exposure during early life increased susceptibility to hormone-driven prostate cancer with aging and this was confirmed in the CLARITY-BPA studies when rats were treated at the FDA facility.  Importantly, the greatest effects were at the lowest dose of BPA; 2.5 ug/kg BW.  Dr. Prins also found that the prostate stem cells were altered by chronic low-dose BPA exposure which may be the basis for increased cancer risk.

Ana Soto presented an overview of her project which focused on BPA effects on the mammary gland.  This study used both novel and standard quantitative analyses  to assess the effects of BPA exposure over critical windows of development. Both of the quantitative methods reveal clear non-monotonic dose response curves, with the administration of lower doses resulting in larger effects on the development of the mammary gland at all-time points.

Cheryl Rosenfeld assessed the recently developed bioinformatics program called mixOmics analyses, which was designed to integrate large ’omics datasets, to integrate data across organs to examine the potential whole-body effects of BPA. This is the first study to use such a whole-body integrative approach across a number of data-sets with multiple investigators and with organs from the same animal. By using this approach, they showed that exposure to even a low dose of BPA currently considered safe by the FDA leads to simultaneous effects in multiple organ systems and at all ages examined.

Gail Prins then concluded by presenting the integrated findings from the seven studies which showed positive effects of BPA, including the urethral, ovarian and cardiovascular effects in addition to those overviewed in the webinar. She  then present the key findings from these studies and how the results should be interpreted by regulatory agencies. 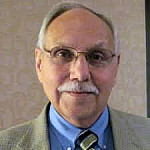 Jerrold (Jerry) Heindel, Ph.D., is founder and director of Commonweal’s Healthy Environment and Endocrine Disruptor Strategies (HEEDS). He received a doctorate in biochemistry from the University of Michigan. He worked in the area of reproductive biology and toxicology while on the faculty at the University of Texas Medical School at Houston and the University of Mississippi before coming to the National Institute of Environmental Health Sciences (NIEHS) to head its reproductive and developmental toxicology group. Twenty five years ago he moved to the Division of Extramural Research and Training at NIEHS, where as a scientific program administrator he was responsible for designing, developing, administering, and assessing the impact of the NIEHS grants programs in endocrine disrupters, the developmental basis of diseases, reproductive toxicology, and obesity and diabetes. He retired from NIEHS at the end of 2016. 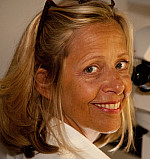 Gail S. Prins, PhD, is the Michael Reese Professor of Urology and Physiology at the University of Illinois at Chicago and the Co-Director of the Chicago Center for Health and Environment (CACHET, an NIEHS P30 Core Center) in the UIC School of Public Health. She is the Director of the University Andrology Laboratory at UIC and has been active in translational and clinical male reproductive research and activities for >35 years. Her basic research focuses on estrogen actions in the prostate gland including the influence of early life exposure to endocrine disrupting chemicals and toxins on adult prostate cancer risk. Her work established that early life exposures to natural estrogens or EDCs (bisphenol A, arsenic) permanently reprogram the prostate and increase its susceptibility to cancer with aging. She has over 200 publications and currently is Principal Investigator on 2 NIH grants and a DoD award. She is a Past-President of the Society for Basic Urologic Research, and the American Society of Andrology and currently serves as an Associate Editor of Environmental Health Perspectives. 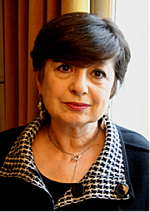 Ana M. Soto, M.D., is Professor of Immunology at Tufts University School of Medicine, Fellow at the Centre Cavaillès, and Former Blaise Pascal Chair at the Ecole Normale Supérieure of Paris. Dr. Ana Soto is an internationally renowned leader on environmental health and a pioneer in the field of endocrine disruptors. Her research team discovered estrogenic compounds in plasticware. They also discovered that fetal exposure to bisphenol-A (BPA), a chemical often used in plastic products, produced deleterious effects of in females, such as obesity, altered behaviors, decreased fertility and fecundity and mammary cancer.  She was instrumental in providing evidence that resulted in laws banning BPA from food-contacting materials and banning plasticware in school cafeterias in France.

In addition to endocrine disruptors, Dr Soto’s research interests have centered on the control of cell proliferation, the developmental origins of adult disease, the role of stroma/epithelial interactions and of biomechanics on morphogenesis.  Dr. Soto also works on theoretical and epistemological issues arising from the study of complex biological phenomena. In this regard, together with Dr. Carlos Sonnenschein she authored the book “The Society of Cells”; published in 1999, it has become a classic on cancer biology. It has also been published in French and Spanish translations and is now being published in Italian. As the Blaise Pascal Chair in Biology, she coordinated a multidisciplinary working group devoted to the elaboration of a theory of organisms.

Dr Soto has published over 150 peer-reviewed articles both on experimental and theoretical biology. Dr. Soto has been elected a member of the prestigious Collegium Ramazzini, Carpi, Italy in 2011, and she is the recipient of several awards, including the Grand Vermeil Medal, the highest distinction from the City of Paris, for her pioneering role in the discovery of endocrine disruptors and her contributions to public health.

Cheryl Rosenfeld, DVM, PhD, obtained her DVM degree with honors in 1995 from the University of Illinois Urbana-Champaign. She then started in a residency anatomical pathology program at the University of Missouri Columbia but realized that her interests were more in research. With the assistance from a USDA National Needs Fellowship, she completed her PhD degree in Animals/Sciences Reproductive Biology at the University of Missouri Columbia. She stayed on at the University of Missouri and eventually rose the ranks to become a full Professor. Her laboratory has been funded by National Cancer Institute (NCI) and National Institute of Environmental Health Sciences (NIEHS). Dr. Rosenfeld’s primary research interests are in understanding how the in uteroenvironment, in particular exposure to environmental chemicals, can shape an offspring’s risk for later diseases. This is a concept termed developmental origins of health and disease (DOHaD). In 2015, Dr. Rosenfeld edited and coauthored the book titled: “The Epigenome and Developmental Origins of Health and Disease”. This book won the 2016 British Medical Association (BMA) medical book award for basic and clinical sciences. In 2020, Dr. Rosenfeld, was elected President of the United States DOHaD Society. She has over 100 publications and several other book chapters related to endocrine disrupting chemicals, epigenetics, and transgenerational effects. Of these, many have shown that developmental exposure to bisphenol A (BPA) can lead to widespread health effects in various animal models, including neurobehavioral alterations, epigenetic changes, gut microbiota alterations, and placental disruptions. In 2020, a book she authored and co-edited with Dr. Frauke Hoffmann, titled, “Neuroendocrine Regulation of Animal Vocalization”, will be published. The book includes a discussion of how endocrine disrupting chemicals (EDCs) can disrupt animal communication and steps that can be adapted to reduce the likelihood of a “Silent Spring”. Dr. Rosenfeld’s laboratory continues to use pioneering ’omics and bioinformatics approaches to reveal the mechanisms by which exposure to EDCs lead to health disturbances throughout the lifespan.

This webinar is one in a monthly series sponsored by the Collaborative on Health and the Environment’s EDC Strategies Partnership. The CHE EDC Strategies Partnership is chaired by Sharyle Patton (Commonweal Biomonitoring Resource Center), Jerry Heindel (Commonweal HEEDS, Healthy Environment and Endocrine Disruptor Strategies), and Genon Jensen (HEAL) and coordinated by Hannah Donart (Collaborative on Health and the Environment, a Commonweal program). To see a full list of past calls and webinars related to EDCs and listen to or view recordings, please visit our partnership page.

This webinar was moderated by Sharyle Patton, Director of the Commonweal Biomonitoring Resource Center. It lasted for 60 minutes and was recorded for our call and webinar archive. If you did not have a chance to ask a question during the Q&A portion of the presentation, please submit your questions to Sharyle Patton at spatton@commonweal.org by July 28 and we will respond via email.