Dietary supplements can be important contributors to the total dietary intake of nutrients, such as vitamins, minerals, fatty acids, and other bioactive ingredients commonly found in foods.  The product category, at least in the United States, also includes ingredients, such as herbs and other botanicals, that are not part of a usual diet.  Dietary supplements, mostly vitamins and minerals in various combinations, are widely consumed by the public.  The regulation of these products can be challenging. There are some important scientific issues that continue to need addressing – quality, safety, and efficacy – through the application of state-of-the-art research methods.

To open this webinar, Dr. Paul Coates gave an overview of supplement science and discussed how at the end of the day, scientific results need to be translated to useful information for the consuming public, for public health policymakers, and healthcare professionals.  The Office of Dietary Supplements at the US National Institutes of Health is a major resource for the conduct and support of this science and for communicating it to the broader community.

Dr. Cynthia Rider then discussed how botanical dietary supplements pose a public health challenge based on multiple factors, including widespread use at relatively high doses by populations with different susceptibilities, inherent chemical complexity, variable quality, and deficiencies in safety data. The National Toxicology Program (NTP) has a significant botanical testing portfolio and has generated in vitro and in vivo toxicity data on botanical ingredients such as black cohosh, Ginkgo biloba extract, and green tea extract. Recent NTP efforts have focused on applying the latest tools in chemistry and molecular biology to move toward more predictive toxicological evaluation of botanicals. These efforts include developing methods for comparing across complex botanicals to determine sufficient similarity and participation in the Botanical Safety Consortium – a public private partnership aimed at developing a framework to evaluate botanical safety using in vitro and in silico approaches. 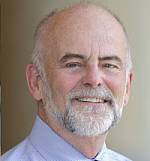 Paul M. Coates, PhD, is President of the American Society for Nutrition (ASN).  He retired from U.S. Federal service in 2018 and since that time, he has consulted with universities, focusing on faculty members developing grant applications for submission to the National Institutes of Health (NIH).  He has provided guidance at key stages of their academic career development.

He directed the Office of Dietary Supplements (ODS) at the NIH from 1999-2018, in its mission to strengthen knowledge and understanding of dietary supplements. Through a range of initiatives by an energetic and knowledgeable staff, he established ODS as a strong and authoritative voice for rigorous science in dietary supplements and related areas of nutrition. ODS continues to address many of the key issues in dietary supplements, from critical evaluation of the literature to supporting and conducting science, and translating the results of that work into reliable and effective information for the public. His office was instrumental in incorporating evidence-based review strategies into the assessment of nutrient efficacy and safety (vitamin D, calcium, sodium, potassium, among others) and to inform the development of nutrient reference intake values for populations.

He was Acting Director of the NIH Office of Disease Prevention (ODP) from 2010-2012. He also served from 1996–1999 as Deputy Director of the Division of Nutrition Research Coordination (DNRC) at the National Institute of Diabetes and Digestive and Kidney Diseases (NIDDK). In that role, He helped to coordinate human nutrition research efforts, both at the NIH and between the NIH and other government agencies. He co-chaired the joint DHHS/USDA Steering Committee for the National Nutrition Summit, held in Washington in 2000. He was a member of the Federal Steering Committee developing the U.S./Canada Dietary Reference Intakes. He was Co-Executive Secretary of the Interagency Committee on Human Nutrition Research and Chair of the Federal Working Group on Dietary Supplements.

In 2011, he received the Conrad A. Elvehjem Award from the ASN for public service in nutrition.  In 2013, he became a Fellow of the ASN and has served in numerous roles on the ASN Board of Directors. He was lead editor of the Encyclopedia of Dietary Supplementsand associate editor of The American Journal of Clinical Nutrition.

Before joining the DNRC, he was NIDDK’s Program Director for the Type 2 Diabetes Research Program (1993–1996) and Project Officer for the multi-center clinical study, Epidemiology of Diabetes Interventions and Complications (1994–1996). From 1994 until his departure from NIDDK, he maintained an active role in career development and fellowship training in the Division of Diabetes, Endocrinology, and Metabolic Diseases.

Prior to his career at NIH, he was on the faculty of the Children's Hospital of Philadelphia and the University of Pennsylvania School of Medicine as Research Professor of Pediatrics and Biochemistry/Biophysics.  His major research efforts were in genetic disorders of human lipoprotein metabolism and mitochondrial fatty acid oxidation.  He is the author of more than 180 publications and the editor of four books.

He did postdoctoral training in the Department of Human Genetics and Biometry at University College London, England, after receiving his Ph.D. in human genetics from Queen's University in Kingston, Canada. His undergraduate degree (B.Sc.) was from McGill University in Montreal, Canada. 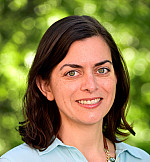 Cynthia Rider, PhD, DABT, is a toxicologist with the National Toxicology Program (NTP), National Institute of Environmental Health Sciences (NIEHS), where she serves as project leader for a diverse portfolio of testing programs including polycyclic aromatic compounds, botanical dietary supplements, and industrial chemicals. Dr. Rider’s research interests are in evaluating and refining methods to predict mixture toxicity based on data from components or whole reference mixtures. She received her B.S. from Tulane University in Environmental Studies and Biology and her Ph.D. from North Carolina State University in Environmental Toxicology. She completed postdoctoral training in the Reproductive Toxicology Branch of the National Health and Environmental Effects Research Laboratory, U. S. Environmental Protection Agency and the Nicholas School of the Environment at Duke University.

This webinar was moderated by Karen Wang, PhD, director of CHE. It lasted for 70 minutes and was recorded for our call and webinar archive.