Children's behavior and biology leave them uniquely susceptible to harm from toxic chemicals commonly found in our natural and built environment. This results in childhood illness and death as well as adverse health effects later in life. On April 28, at 9:00 AM (10:00 AM Pacific Time) Dr. Ruth Etzel presented her new book entitled 'Protecting Your Child's Health: Expert Answers to Urgent Environmental Questions', which focuses on preventive measures we can take at home and through advocacy to protect our children and future generations. 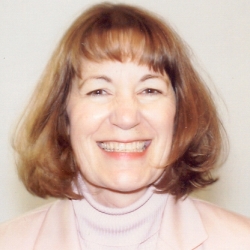 Ruth Etzel, M.D., Ph.D., is an internationally recognized pediatrician, environmental epidemiologist, and preventive medicine specialist. From 2009-2012, Dr. Etzel led the World Health Organization's efforts to protect children from environmental hazards. Her epidemiologic research interests include investigating the effects of environmental contaminants on children, identifying the environmental precipitants of asthma attacks, and studying the health effects of exposure to indoor and outdoor air pollutants.

She is no stranger to Alaska.  She first came to Bethel in 1979 for a short-term stint as a medical student and later would return from the lower 48 to Bethel just for the month of January to cover Dr Ron Brennan’s pediatric practice while he prepared to run the Iditarod.  She adopted one of Dee Dee Jonrowe’s sled dogs and raised it in Atlanta, Georgia.  She moved to Anchorage in 2001 to take a position as Medical Director of Research at Southcentral Foundation, where she stayed until 2008.

This call was hosted by the CHE-Alaska Partnership, which is coordinated by Alaska Community Action on Toxics (ACAT). It  lasted for 60 minutes and was recorded for the call and webinar archive.