Scientists have identified pregnancy and menopause as two critical windows of exposure, in which women are more susceptible to harmful reproductive health effects. [1] Chemicals found in consumer products and ubiquitous in the environment such as PFAS, flame retardants, plasticizers, and pesticides have been linked to poor maternal reproductive health during pregnancy and the development of other medical conditions throughout life, including preeclampsia, gestational diabetes, breast cancer, miscarriage, impaired fetal growth, and early ovarian aging. [2] [3] [4] During the prenatal period, chemicals stored in the body are more readily released into the bloodstream and some can pass through the placental barrier, impacting both the mother and fetus. Later life chemical exposures have also been found to be influenced by pre and post-menopausal status, as certain chemicals may be increasingly eliminated from the body during menstruation, leading to less bioaccumulation.[5]

Heightened susceptibility to chemical exposures during pregnancy: A review of epidemiologic literature on maternal health risks

Pregnancy is a unique period when biological changes can increase sensitivity to chemical exposures for both mother and fetus. However, women’s health risks are poorly characterized for most chemicals. Dr. Varshavsky presented findings from a recent review of 64 epidemiologic studies on chemical exposures during pregnancy and three maternal outcomes (preeclampsia, gestational diabetes, and breast cancer). She and colleagues identified pregnancy as a critical period for women’s health. She summarized the data and discuss strategies for strengthening future research on the exposome and women’s health.

Many first trimester sporadic miscarriages are unexplained, and the role of environmental exposures is largely unknown. Later in an established pregnancy, preeclampsia is a major cause of maternal and fetal morbidity and emerging research indicates associations with environmental exposures. Dr. Sverre Wikström discussed two recent publications investigating the associations between early pregnancy exposure to PFAS and miscarriage, preeclampsia, and impaired fetal growth, respectively, in the Swedish SELMA pregnancy cohort. He also highlighted data indicating effects on women’s reproductive health.

Menopause marks the cessation of ovarian function, and its timing has physiologic impacts beyond the reproductive system, affecting women’s overall health. PFAS may play an important role in the process of reproductive aging, but the research is limited. Dr. Ning Ding investigated the impact of these chemicals on ovarian aging using data from the Study of Women’s Health Across the Nation (SWAN) as part of her dissertation work. Dr. Ding will present data on women’s exposure to PFAS and their associations with menopausal timing. Her research findings suggest that PFAS exposure may cause earlier natural menopause and accelerated ovarian aging. 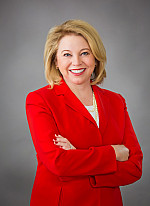 Jeanne Conry, MD, PhD is the President-elect of the International Federation of Gynecology and Obstetrics, a professional organization with 132 member societies from around the globe. Shewas the 64th President of the American College of Obstetricians and Gynecologists, a membership organization representing over 57,000 obstetricians and gynecologists. She Chairs the Women's Preventive Services Initiative, a United States coalition of national health professional organizations and consumer and patient advocates with expertise in women’s health.  WPSI develops, reviews and updates recommendations for women’s preventive healthcare services.  In 2013, she introduced the National Maternal Health Initiative to reduce maternal mortality and improve health before, during and after pregnancy.  Dr. Conry has led national policy on the important role of Reproductive Health and the Environment and was awarded the Environmental Protection Agency Pacific Southwest Region Children’s Environmental Health Champion Award.  She is a Board member of the Forum Institute, a non-profit organization devoted to improving children’s health by addressing preconception through infancy, particularly the relationship between health and the environment.  For twenty-eight years, Dr. Conry was a practicing obstetrician gynecologist at Kaiser Permanente, the largest health maintenance organization in the United States, where she served in a leadership capacity.  She currently serves as President and CEO of the Environmental Health Leadership Foundation.  She received the Visionary Leadership Award from the University of California and The United States House of Representatives recognition for accomplishments in women’s health.  Dr. Conry earned her medical degree and completed residency at the University of California, Davis.  She served as an Associate Clinical Professor at the University of California, Davis.  She has a PhD in biology from the University of Colorado.  She has been awarded honorary fellowships in The Taiwan Association of Obstetrics and Gynecology, The German Society for Gynecology and Obstetrics and The Society of Obstetricians and Gynaecologists of Canada.

Ning Ding, PhD, MPH, is a postdoctoral research fellow in the Department of Epidemiology at the University of Michigan School of Public Health. She earned her Ph.D. and M.P.H. from the University of Michigan. Her research under Dr. Sung Kyun Park’s mentorship focuses on the effects of endocrine-disrupting chemicals (EDCs) such as perfluoroalkyl and polyfluoroalkyl substances (PFAS) on women’s health. She also applies advanced statistical approaches to investigate the joint effect of chemical mixtures on adverse health outcomes in women. 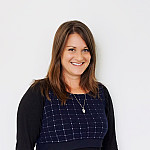 Julia Varshavsky, PhD, MPH, has focused her research on characterizing exposures and reproductive and developmental health impacts of endocrine disrupting compounds commonly found in consumer and personal care products, and identifying opportunities to reduce exposures, particularly among vulnerable populations. She is currently a research scientist in epidemiology and biostatistics with the Safer Alternatives Assessment and Biomonitoring Section at the California Environmental Protection Agency’s Office of Environmental Health Hazard Assessment (OEHHA), where she conducts biomonitoring studies of air pollution, chemical exposures, and their health effects in highly impacted communities. Prior to joining OEHHA, Julia was a postdoctoral scholar with the Program on Reproductive Health and the Environment at the University of California San Francisco, where she conducted biologically-based population-level studies on exposure and health risks associated with endocrine disrupting chemicals. Julia's recent work highlights maternal-fetal exposure to PBDEs, PFASs, and OPFRs during mid-gestation in relation to biomarkers of placental development and disease that are associated with maternal and fetal health complications. Julia earned her MPH and PhD in environmental health sciences at the University of California, Berkeley School of Public Health. 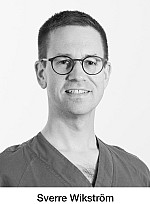 Sverre Wikström, MD, PhD, is a consultant in pediatrics with a PhD from Uppsala University, Sweden in 2011. His recent epidemiological research is based on the Swedish SELMA pregnancy cohort under the lead of prof Carl-Gustaf Bornehag. The study investigates associations between suspected endocrine-disrupting chemicals, including perfluoroalkyl substances (PFAS) and chemical mixtures, and several outcome domains during pregnancy and offspring childhood. Dr Wikström is the sub study PI for investigations on pregnancy outcomes as well as childhood growth and metabolism.

The “Generation Chemical” webinar series is brought to you in partnership with the Collaborative on Health and the Environment(CHE) and the University of California, San Francisco Program on Reproductive Health and the Environment (PRHE),the International Federation of Gynecology and Obstetrics(FIGO), Alliance of Nurses for Healthy Environments (ANHE), Endocrine Society, the International Federation of Fertility Societies (IFFS), and UCSF’s Environment Research and Translation for Health Center (EaRTH).

This webinar was moderated Jeanne Conry, MD, PhD, President-elect of the International Federation of Gynecology and Obstetrics. It lasted for 70 minutes and was recorded for our call and webinar archive.