University of California, San Francisco. Program on Reproductive Health and the Environment (PRHE).

Racial and socioeconomic disparities in reproductive health have persisted in the US for many years—according to the Centers for Disease Control and Prevention and the US Department of Health and Human Service, Black women have a 50% higher rate of preterm birth (1), a 60% higher chance of developing preeclampsia (2) and are twice as likely to experience the loss of a child compared to their White counterparts (3). Communities of color and low income communities have higher exposures to environmental chemicals and socioeconomic stressors, due to factors such as food and housing insecurity, poverty, lack of access to healthcare, and racism/discrimination. Drinking water contaminants, air pollution, and endocrine disrupting chemicals (EDCs) ubiquitous in consumer products and the environment place an undue burden on vulnerable, populations of color which can increase the risk of poor reproductive health outcomes throughout life. Health impacts include early onset puberty, fetal development, preterm birth, low birth weight, infant mortality, and early menopause.

Dr. James-Todd highlighted the role of environmental endocrine disrupting chemical exposures as an important source of racial/ethnic health disparities in women’s reproductive health outcomes. She discussed existing and persistent disparities in women’s reproductive outcomes across the life course, ranging from early onset of puberty to preterm birth to early menopause.  Providing evidence from recent studies, Dr. James-Todd described associations between prevalent and disparate environmental endocrine disrupting chemicals and their link with these adverse women’s reproductive outcomes.  Finally, she described differences in sources of exposure and availability of safer chemicals in order to describe opportunities for possible intervention and reduction in racial/ethnic disparities.

Black women are at greater risk for adverse perinatal outcomes than Whites. The racial disparity in exposure to endocrine disrupting phthalate diesters, found in plastics and personal care products, may be a unique contributor. Unfortunately, few data are available. Dr. Bloom presented a study that assessed birth outcome risks associated with phthalate exposure by race. Urinary phthalates were measured in a cohort of pregnant Black and White mothers from a southeastern U.S. population and Dr. Bloom and coauthors investigated associations with fetal development and birth outcomes. They demonstrated that race is an important consideration for assessing fetal developmental risks to these widely-distributed agents.

Dr. Amy Padula presented the use of the California Communities Environmental Health Screening Tool (or CalEnviroScreen) to examine multiple measures of environmental pollution and how they relate to preterm birth in Fresno county. She and coinvestigators looked at the cumulative burdens of environmental, medical, and social stressors and their interactions in a majority Hispanic population. They found that preterm birth was associated with cumulative pollution and drinking water contaminants. Furthermore, these associations were stronger in areas with low socioeconomic factors, highlighting the importance of environmental justice. 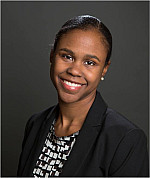 Tamarra James-Todd, PhD, MPH, is the Mark and Catherine Winkler Assistant Professor of Environmental Reproductive and Perinatal Epidemiology in the Departments of Environmental Health and Epidemiology at Harvard T.H. Chan School of Public Health. She is an Instructor in Medicine at Harvard Medical School and an Epidemiologist at Brigham and Women’s Hospital. Dr. James-Todd’s researchfocuses on environmental maternal health, where she evaluates how pregnancy and the postpartum period can be sensitive windows of exposure for women’s cardiometabolic health.  She has a particular focus on racial/ethnic disparities in environmental exposures and women’s reproductive health outcomes. She was one of the first environmental epidemiologist to evaluate the role of chemicals in hair products as a source of racial/ethnic disparities in pubertal outcomes. Dr. James-Todd is a principal investigator of two NIH-funded R01s evaluating non-persistent and persistent environmental chemical exposures and maternal caridometabolic health across the reproductive life course.  She is the Director of the Harvard Chan NIEHS P30 Center Organics Core and is a founding member of the International Society for Environmental Epidemiology’s Anti-Racism Task Force. She has had the honor of serving on the EPA’s Scientific Advisory Board for the Chemical Assessment Advisory Committee, as well as the National Academies of Sciences, Engineering, and Medicine’s Committee for Gulf War and Health: The Generational Health Effects of Serving in the Gulf War. 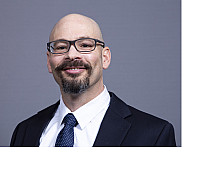 Michael Bloom, PhD, MSc, is an Associate Professor in the Department of Global and Community Health at George Mason University. Bloom’s research focuses on the intersection of environmental pollutants and human health in the U.S. and abroad. He is an epidemiologist, especially interested in the effects of endocrine disrupting compounds on human reproduction and fetal development, and on the disproportionate impacts of these agents among vulnerable populations. Bloom has co-authored more than 100 peer-reviewed publications to date, in addition to book chapters and encyclopedia articles, and has delivered more than 100 research presentations and invited talks to domestic and international audiences. Bloom’s research been supported by the National Institute of Environmental Health Sciences and the National Institute on Aging. He conducted international research as a Fulbright Scholar in Romania and received a High-End Foreign Expert award that supported collaborative environmental epidemiology research at Sun Yat-sen University in Guangzhou, China. Before coming to George Mason University, Bloom was a faculty member in the Departments of Environmental Health Sciences and Epidemiology & Biostatistics at the University at Albany, State University of New York. 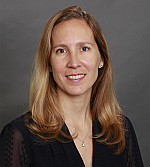 Amy M. Padula, PhD, MSc, is an Associate Professor in the Department of Obstetrics, Gynecology and Reproductive Sciences. Dr. Padula received her PhD in Epidemiology from the University of California, Berkeley, trained as a postdoctoral fellow at Stanford University and joined the faculty at UCSF in 2016. Her expertise is in air pollution, social disparities and adverse pregnancy outcomes. She is a co-investigator of the NIH’s Environmental influences on Child Health Outcomes (ECHO) study at UCSF. This study is currently recruiting pregnant women to examine the relationship between endocrine disrupting chemicals and psychosocial stress during pregnancy and their effects on adverse birth and child health outcomes. In 2017, she was named one of the 20 Pioneers under 40 in Environmental Public Health by the Collaborative on Health and the Environment. In 2020, Dr. Padula was awarded the Outstanding New Environmental Scientist (ONES) Award from the National Institute of Environmental Health Science to investigate the impact of wildfires on preterm birth in California. Twitter: @PadulaAmy

The webinar series is brought to you in partnership with the Collaborative on Health and the Environment, the University of California, San Francisco Program on Reproductive Health and the Environment (PRHE), the International Federation of Gynecology and Obstetrics (FIGO), Alliance of Nurses for Healthy Environments (ANHE), Endocrine Society, the International Federation of Fertility Societies (IFFS), and UCSF’s Environment Research and Translation for Health Center (EaRTH).

This webinar was moderated by Karen Wang, PhD, director of CHE. It lasted for 70 minutes and was recorded for our call and webinar archive.