The Proposed Pebble Mine and Threats to Our Ways of Life: Bristol Bay Communities’ Ongoing Efforts to Protect Our Cultures and Health

The proposed Pebble Mine, situated in the Bristol Bay watershed that is home to the world’s largest wild salmon runs, has been a contentious issue for Alaskans for many years. The debate about the mine continues to garner local and national media attention as the Pebble Partnership attempts to secure the necessary state and federal permits.  In addition to projected environmental damage to wetlands, streams, and rivers associated with the proposed mine, Bristol Bay communities have raised serious concerns regarding threats to human health, subsistence, and culture. See recent news here, for example.

Alannah Hurley, Executive Director of the United Tribes of Bristol Bay (UTBB), a tribal consortium that has been advocating and working to protect the traditional Yup’ik, Dena’ina, and Alutiiq ways of life in Southwest Alaska that depend on the pristine Bristol Bay Watershed and all it sustains, most notably Bristol Bay’s wild salmon since 2013. Alannah (Yup’ik) was born and raised in the Bristol Bay region. Originally from Clark's Point, she now resides in Dillingham. Alannah's passion lies in environmental justice and helping make self-determination a reality for Alaska’s indigenous people. UTBB represents fifteen tribal governments from the Bristol Bay region and Alannah’s work involves giving a singular voice to these groups’ desires to protect their lands and waters, salmon fisheries, and associated cultural traditions. 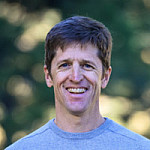 Dr. Cameron Wobus, Senior Scientist at Lynker Tech and an earth scientist with a specialty in geomorphology, hydrogeology, and climate science. Especially pertinent for today’s conversation, Cam has extensive experience assessing and reporting on the impacts of hard rock mining, the jurisdictional limits of the Clean Water Act, and natural resource damage assessment. He’ll be sharing his understanding of the proposed mine site, environmental risks and hazards associated with mining in this region, and the costs of mine development and perpetual waste storage.

This call will be hosted by the CHE-Alaska Partnership, which is coordinated by Alaska Community Action on Toxics (ACAT). It will last for 60 minutes and will be recorded for the call and webinar archive.