Prenatal Exposure to Phthalates is Significantly Associated with increased Language Delay in Children in Sweden and the U.S.

EPA has designated DBP and BBP as Work Plan Chemicals, which means that they are potential candidates for risk evaluation under TSCA.

CPSC has permanently banned DBP and BBP in children’s toys and child care articles at levels greater than 0.1%.

A recent analysis published in JAMA Pediatrics investigates prenatal phthalate exposure in relation to language development at approximately 30 months of age. This paper presents results from two pregnancy cohorts, one including 963 families from Varmland County, Sweden (SELMA) and the other including 370 families from Minneapolis MN, San Francisco CA, Rochester NY, and Seattle WA, USA (TIDES).

In this webinar, Dr. Carl-Gustaf Bornehag, Professor in Public Health Sciences at Karlstad University, Sweden, and Adjunct Professor at the Icahn School of Medicine at Mount Sinai, New York, and Dr. Shanna Swan, Professor of Environmental Medicine and Public Health at the Icahn School of Medicine at Mount Sinai, described the similarities and differences between these two populations and studies. Importantly the primary outcome, language delay (LD), was defined identically in the two cohorts. They reported on associations between LD and first trimester phthalate metabolite concentration in each cohort, and the finding that, despite important differences in populations and exposure levels, prenatal exposure to the same two phthalates was significantly associated with children's language delay in both SELMA and TIDES. 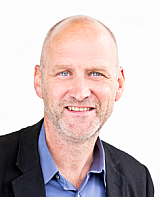 Carl-Gustaf Bornehag, PhD, is an environmental epidemiologist and Professor in Public Health Sciences at Karlstad University, Sweden, and Adjunct Professor at the Icahn School of Medicine at Mount Sinai, New York, USA. Dr. Bornehag's research focuses is on early life exposure for environmental factors such as endocrine disrupting chemicals (EDCs), food and nutrition, life styles, genetics/epigenetics etc. and how such factors interact and impact on children's health and development. This is done two major epidemiological studies in Sweden, the Dampness in Buildings and Health (DBH) study following more than 10,000 children from childhood up in adulthood and the Swedish Environmental, Longitudinal, Mother and child, Asthma and allergy (SELMA) study following more than 2,000 mother-child pairs from early pregnancy, over birth and up in school age.

Shanna Swan, PhD, is an Environmental and Reproductive Epidemiologist working as Professor of Environmental Medicine and Public Health at the Icahn School of Medicine at Mount Sinai, New York. Since 1998, Dr. Swan’s program has been conducting multi-center pregnancy cohort studies (the Study for Future Families (SFF) and The Infant Development and the Environment Study (TIDES)) to better understand how prenatal and early childhood exposure to stressors, including chemicals commonly found in the environment (such as phthalates and bisphenol-A), and analgesics can impact the reproductive health and development of children, with an emphasis on sex differences in the impacts of these exposures.

This webinar is one in a monthly series sponsored by the Collaborative on Health and the Environment’s EDC Strategies Partnership. The CHE EDC Strategies Partnership is chaired by Carol Kwiatkowski and Katie Pelch (TEDX), Sharyle Patton (Commonweal Biomonitoring Resource Center), Jerry Heindel (Commonweal Program on Endocrine Disruption Strategies), and Genon Jensen (HEAL) and coordinated by Maria Williams (Collaborative on Health and the Environment, a Commonweal program). To see a full list of past calls and webinars related to EDCs and listen to or view recordings, please visit our partnership page.

This webinar was moderated by Sharyle Patton, Director of the Commonweal Biomonitoring Resource Center. It lasted for 40 minutes and was recorded for our call and webinar archive.