Threats to our survival as a People, op-ed The Delta Discovery, August 17, 2018 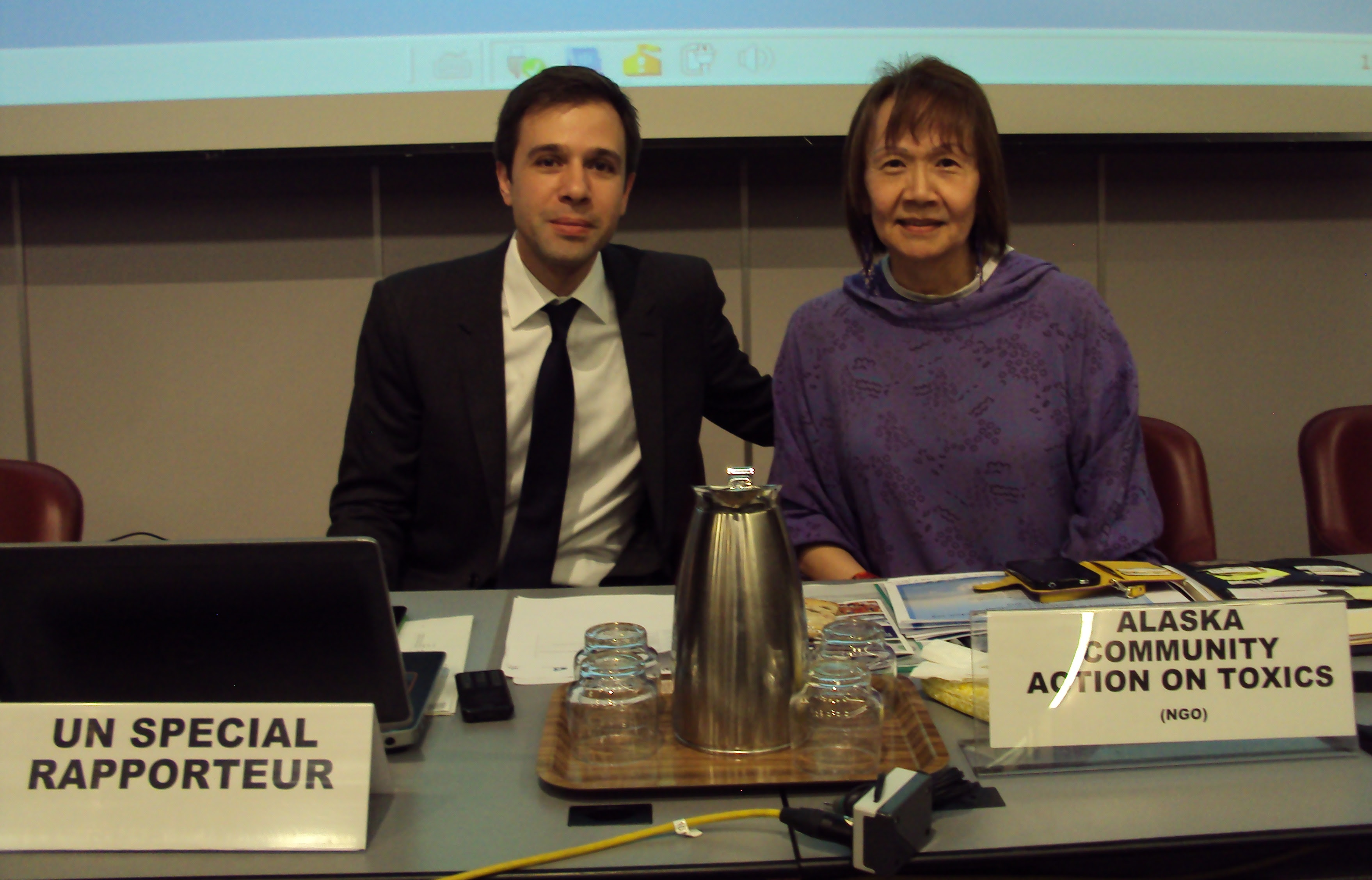 If developed, the proposed Donlin Gold open-pit mine in Alaska would be one of the biggest in the world. The mine would impact 3,500 acres of wetlands in the Yukon-Kuskokwim Delta. Blasting and processing of the ore will release substantial amounts of mercury into the air and water. The area is home to more than a dozen small Native villages that rely on subsistence fishing, hunting, and gathering for much of their food. Increasingly, communities and Native corporation shareholders are speaking out against the mine and voicing their concerns over the potential impact to fisheries, subsistence ways of life, and public health. More than 10 tribes have passed anti-Donlin resolutions.

On this call we learned about the permitting process and legal concerns, threats to fisheries, air, and water quality, and how you can help ensure passage of the "Stand for Salmon" ballot initiative and prevent harm to fish, wildlife, and people.

Tom Waldo is the senior staff attorney in the Alaska office of Earthjustice. He graduated from Dartmouth College in 1981 and Stanford Law School in 1987. Tom clerked for Alaska Supreme Court Chief Justice Jay Rabinowitz in 1987–88. From 1988–89, he worked for the Minnesota Attorney General's Office as counsel to Department of Public Service.

In 1989, Tom moved back to Alaska to join the Earthjustice team. He develops and litigates a variety of cases in state and federal courts and administrative agencies to protect Alaska's public lands, wildlife, and air and water quality.

Cases in his docket have included protection of roadless areas and old growth habitat in the Tongass and Chugach National Forests, prevention of illegal disposals of state public domain lands, and protection of water bodies from acid mine drainage and other mining-related water pollution. Clients have included local and national environmental groups, tribal governments, tourism businesses, commercial and sport fishing organizations, and municipal governments.

This call will was hosted by the CHE-Alaska Partnership, which is coordinated by Alaska Community Action on Toxics (ACAT). It lasted for 60 minutes and was recorded for the call and webinar archive.