Invisible Hazards: State of the Science on EMF Health Impacts and Next Steps for Policy Change

As wireless technologies, particularly cellphones, become ever more ubiquitous in our culture and communication systems, researchers have been asking the question: what, if any, impact is there from this technology on our health? Research has been conducted investigating links with cancer, reproductive health, fetal development, children's health, and electromagnetic sensitivities, among other concerns. We also encounter lower frequency electromagnetic fields produced by power lines, electrical wiring, and electrical equipment.

In May 2015, over 200 scientists signed the International EMF Scientist Appeal calling upon the United Nations and World Health Organization to address the emerging public health crisis related to cell phones and wireless devices and infrastructure. Electromagnetic fields have been classified as a possible carcinogen by the International Agency for Research on Cancer (IARC) since 2012. And in 2016, the National Toxicology Program released partial findings from a multi-year animal study revealing an increased risk for cancer associated with EMF exposure.

On May 9, 2018 we learned about the latest science on health impacts of EMF exposure and possibilities for policy change. Dr. Frank Barnes, Distinguished Professor in the Biomedical Group of the Department of Electrical, Computer, and Energy Engineering at the University of Colorado, provided some of the current state of the science on how weak electric and magnetic fields can modify biological systems and the growth of cancer cells. Dr. Barnes is co-editor of the Handbook of Biological Effects of Electromagnetic Fields: Bioengineering and Biophysical Aspects of Electromagnetic Fields, soon to be released in a new 4th edition. Dr. De-Kun Li, Senior Research Scientist at the Division of Research, Kaiser Permanente Northern California and reproductive and perinatal epidemiologist, presented his team’s December 2017 study, Exposure to Magnetic Field Non-Ionizing Radiation and the Risk of Miscarriage: A Prospective Cohort Study. He also discussed his perspective on overall issues in EMF research. Dr. Joel Moskowitz, Director of the Center for Family and Community Health at the School of Public Health at UC Berkeley, discussed policy-related developments. He shared his experience suing the California Department of Public Health in 2016 for not releasing a cell phone radiation fact sheet first developed in 2009. This lawsuit led to the issuance of the Department’s December 2017 Guidance Document, How to Reduce Exposure to Radio Frequency Energy from Cell Phones. Dr. Moskowitz concluded with thoughts on possibilities and priorities in the policy arena.

Dr. Barnes is a fellow of the Institute of Electrical and Electronics Engineers (IEEE) and the American Association for the Advancement of Science, and served as Vice President of IEEE for publications, Chairman of the Electron Device Society, President of the Bioelectromagnetics Society, and U.S. Chair of Commission K-International Union of Radio Sciences (URSI). He and his students have built lasers, flash lamps, super conductors, avalanche photo diodes and other electron devices. Recently they have been studying the effects of weak magnetic fields on radical concentrations and changes in the growth rate of cancers and other cells.

De-Kun Li, MD, PhD, MPH, is a Senior Research Scientist at the Division of Research, Kaiser Permanente Northern California. Dr. Li completed his medical training and master’s degree in Public Health at Shanghai Medical University then received his PhD in epidemiology from the University of Washington. Dr. Li is a reproductive and perinatal epidemiologist with extensive experience conducting epidemiologic studies examining in-utero exposures in relation to pregnancy outcomes and early childhood diseases, including childhood obesity and asthma, preterm delivery, low birthweight, birth defects, miscarriage and SIDS. He has more than 100 peer-reviewed publications, of which he first-authored 41 and was the senior author for another 23. He has been invited to many NIH and CDC study sections to review grant applications. Recognized for his long-standing experience in international collaborative research, Dr. Li was invited by the US National Academy of Science to evaluate Sino-US collaboration in bio-medical research. He has received more than 10 research grants from federal agencies including NIH, CDC, FDA, and AHRQ.

Dr. Li’s current research focuses on developmental origins of fetal and childhood diseases which include examination of (1) in-utero environmental exposures including endocrine disruptors (e.g., BPA) and electromagnetic fields (EMF), (2) safety and effectiveness of medication use during pregnancy, and (3) gene-environment interactions. Throughout his professional life, he has made important contributions to the understanding of (a) factors associated with reduction in SIDS risk, (b) health effects due to exposure to EMF, (c) adverse effects of in-utero exposure to caffeine, (d) impact of exposure to environmental endocrine disruptors, (e) risk and benefit of treating maternal depression during pregnancy, (f) parental genetic contribution to the risk of preterm delivery, and (g) benefits of treating herpes infection during pregnancy. Dr. Li has worked closely with the medical communities, especially OBGYN physicians, of Kaiser Permanente Northern California. 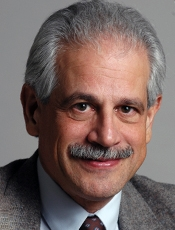 Joel Moskowitz, PhD, is Director of the Center for Family and Community Health at the School of Public Health at the University of California, Berkeley. Dr. Moskowitz has published extensively on smoking and cancer prevention.

Since 2009 he has translated and disseminated research on the health effects of cell phone and other wireless radiation exposure. He has served as an advisor to the Berkeley cell phone “right to know” ordinance and to the International EMF Scientist Appeal which has been signed by more than 230 EMF scientists. Last year his successful lawsuit against the California Department of Public Health led to the release of cell phone safety guidance that had been suppressed since 2009.

Since 2013, his Electromagnetic Radiation Safety website has had over 1.5 million page views by visitors from more than 200 countries, which attests to the worldwide concern about the impact of wireless radiation on our health. The Northern California chapter of the Society of Professional Journalists presented him with the 2018 James Madison Freedom of Information Award.

This webinar was moderated by Antoinette Stein, PhD, coordinator of the CHE EMF ScienceServ. It lasted for 60 minutes and was recorded for the call and webinar archive.