Previous calls hosted by the CHE EDCs Strategies Group: To see a full list of past calls in the series and listen to the MP3 recordings please visit the CHE Endocrine Distrupting Chemicals webpage.

Dr. Heather Patisaul discussed the capacity of endocrine disrupting chemicals to affect the formation of brain sex differences during gestation, when these differences are being organized. The hypothalamus may be particularly affected by estrogenic EDCs in a sex, time, and exposure dependent manner. Focusing on effects reported prior to puberty, Dr. Patisaul reviewed the documentation of molecular, cellular and neuroanatomical endpoints in sub-adult rodent models. These effects on neurodevelopment prior to puberty are the primary focus of this review. 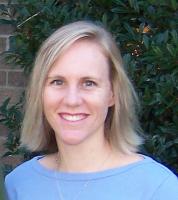 Heather Patisaul, PhD, Associate Professor, Department of Biology at North Carolina State University. Research in the Patisaul laboratory focuses on brain and behavioral changes occurring across the puberty transition and seeks to understand how environmental chemicals alter these developmental processes. Using rodent models, our work focuses on (1) understanding the functional roles different estrogen receptors play in the organization of sexually dimorphic neuroendocrine pathways and behaviors including sexual behavior, anxiety and aggression; (2) exploring the mechanisms by which environmental endocrine disruptors interfere with hormone dependent neuroendocrine organization; and (3) assessing if exposure to environmental endocrine disruptors, such as Bisphenol A (BPA) and soy phytoestrogens, during critical life stages alters the timing of pubertal onset and adult fertility. Dr. Patisaul served as a science communication fellow for Environmental Health News in 2009 and continues to be active in science journalism, public policy, and science education.

The call was moderated by Sharyle Patton.

This teleconference call is one in a monthly series sponsored by the Collaborative on Health and the Environment’s EDC Strategies Group. The CHE EDC Strategies Group is chaired by Carol Kwiatkowski (TEDX), Sharyle Patton (Commonweal), and Genon Jensen (HEAL). To see a full list of past calls in the series and listen to the MP3 recordings please visit the CHE Endocrine Distrupting Chemicals webpage.